Here's the scoop: I was a teeny weeny bit concerned when Emirates announced that Germany would be the theme of this year's Emirates marque at the 2014 Emirates Melbourne Cup Carnival. After all, how would they decorate? Would it be an elaborate beergarden? Would there be lederhosen? So far, I'd come to expect the Emirates' marquees to be luxurious, surprising, unique superstructures with sophisticated detail and more than one supermodel in the corner. Would this year be different?

Here's the deal: this year might be the best of all. It's not just Germany that's the theme - it's old and new Germany, and to launch it all, Emirates threw a part at SmartArtz Gallery. It was like being in underground Berlin, with a modern, urban feel, street art on the walls and yes - lederhosen-clad dancers - who soon turned into unexpected hip hop movers. Fabulous. The crowd got a sneak peek at Mark Schaller's customised artwork - still a work in progress - while Patrick Studios Dance Group did their thing. There was also a taste of the German food on offer, including Kartofellpuffer (you don't have to pronounce it, you just have to eat it) and apple strudel. Ja, bitte. 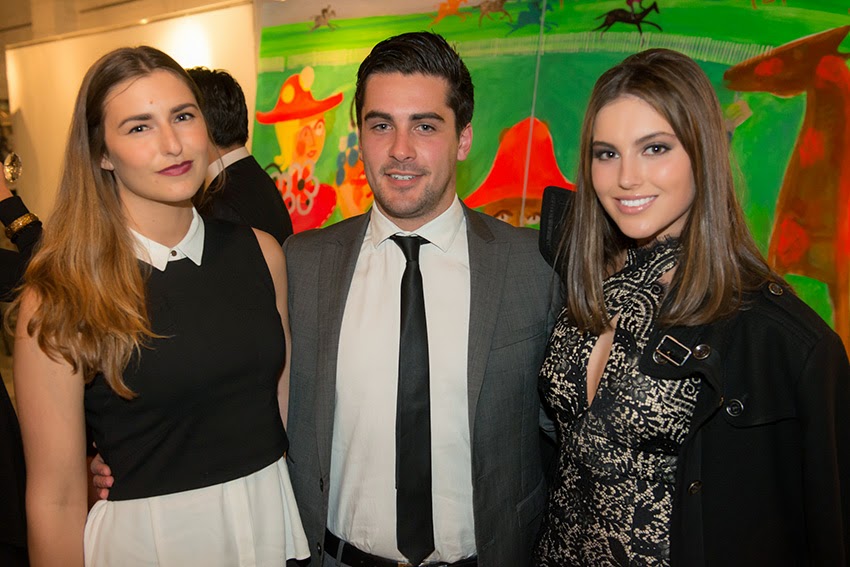 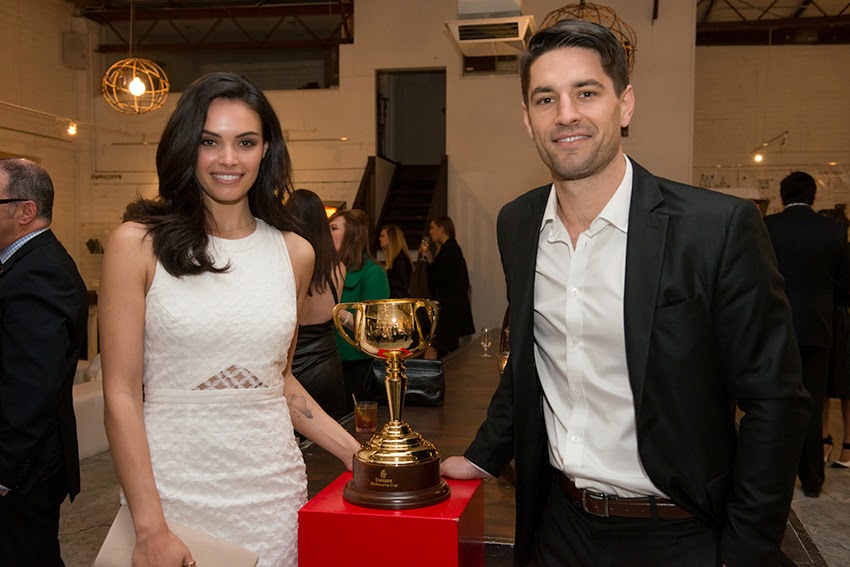 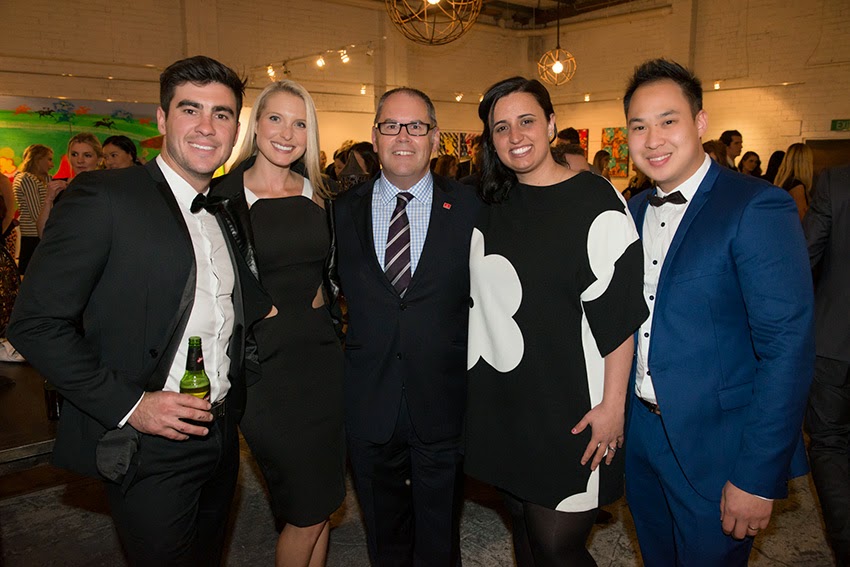 The Block Glasshouse contestants: Max and Karstan (left) with Dean, and Jenna and Chris (right) 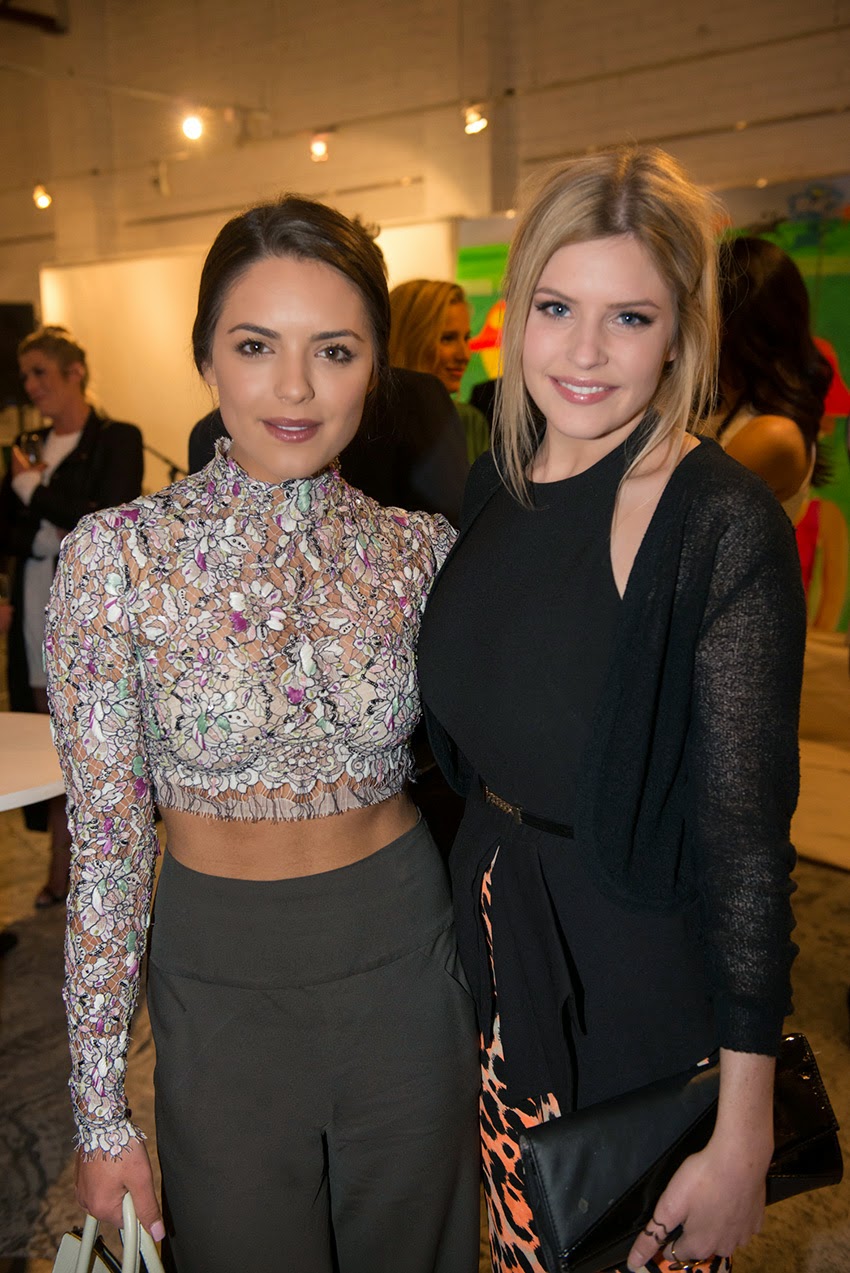 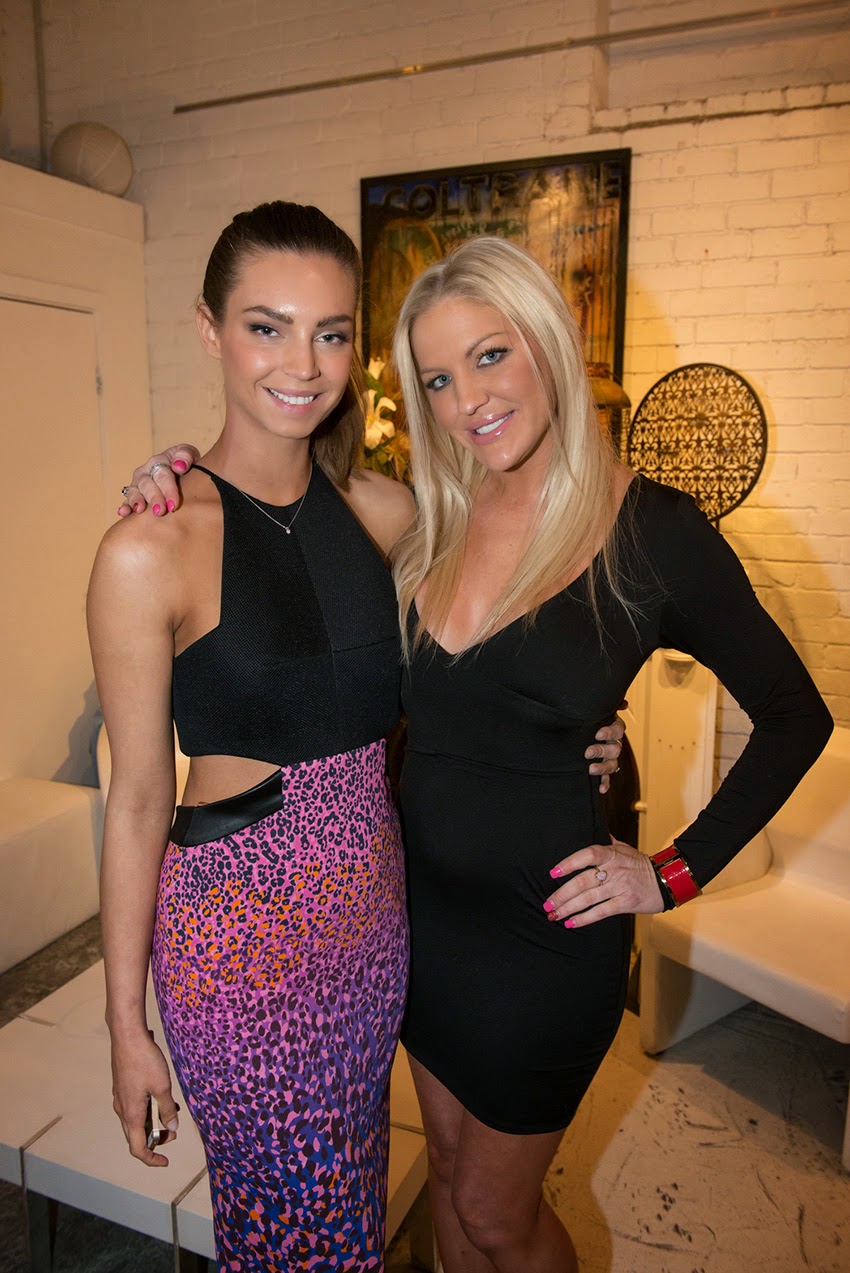 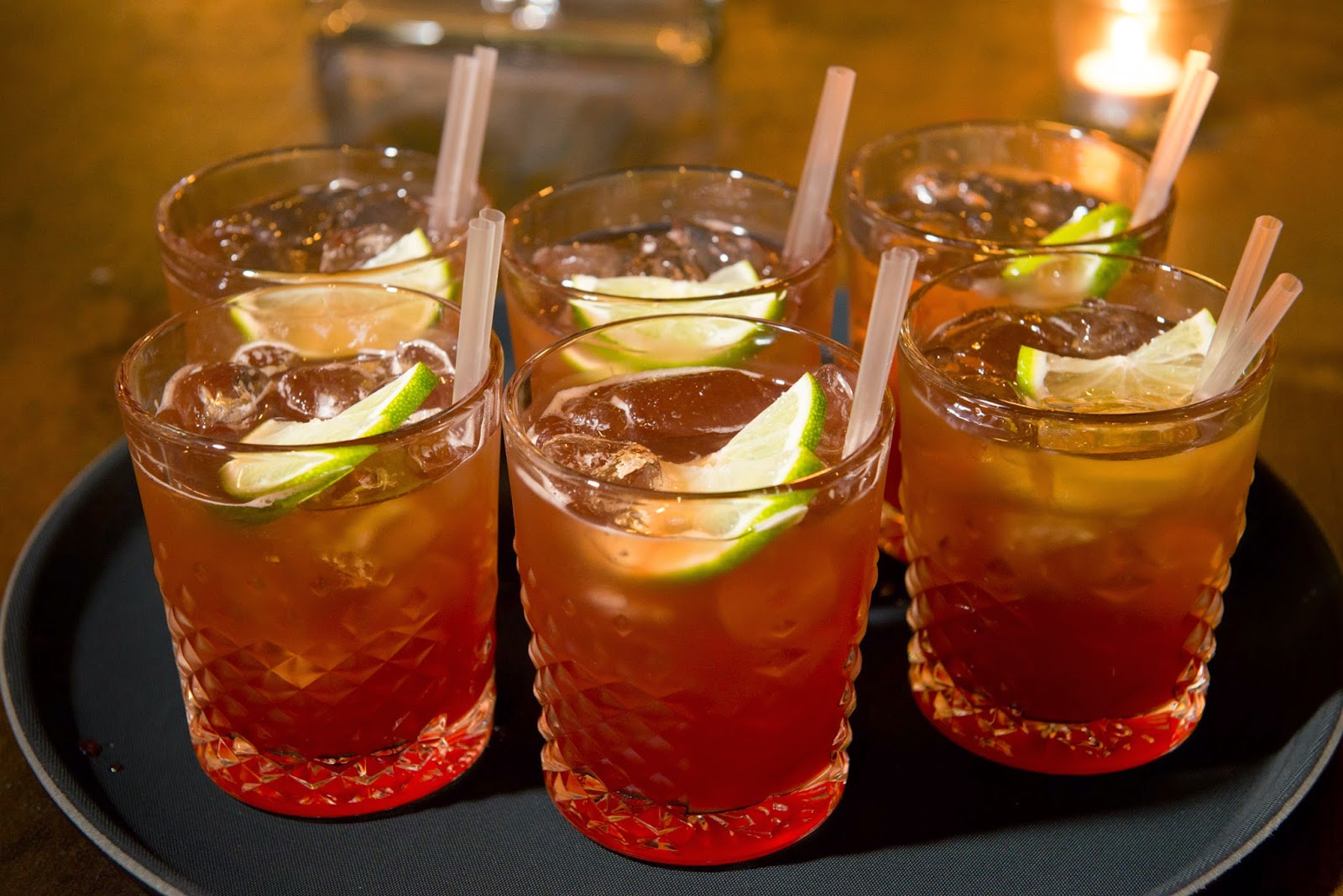 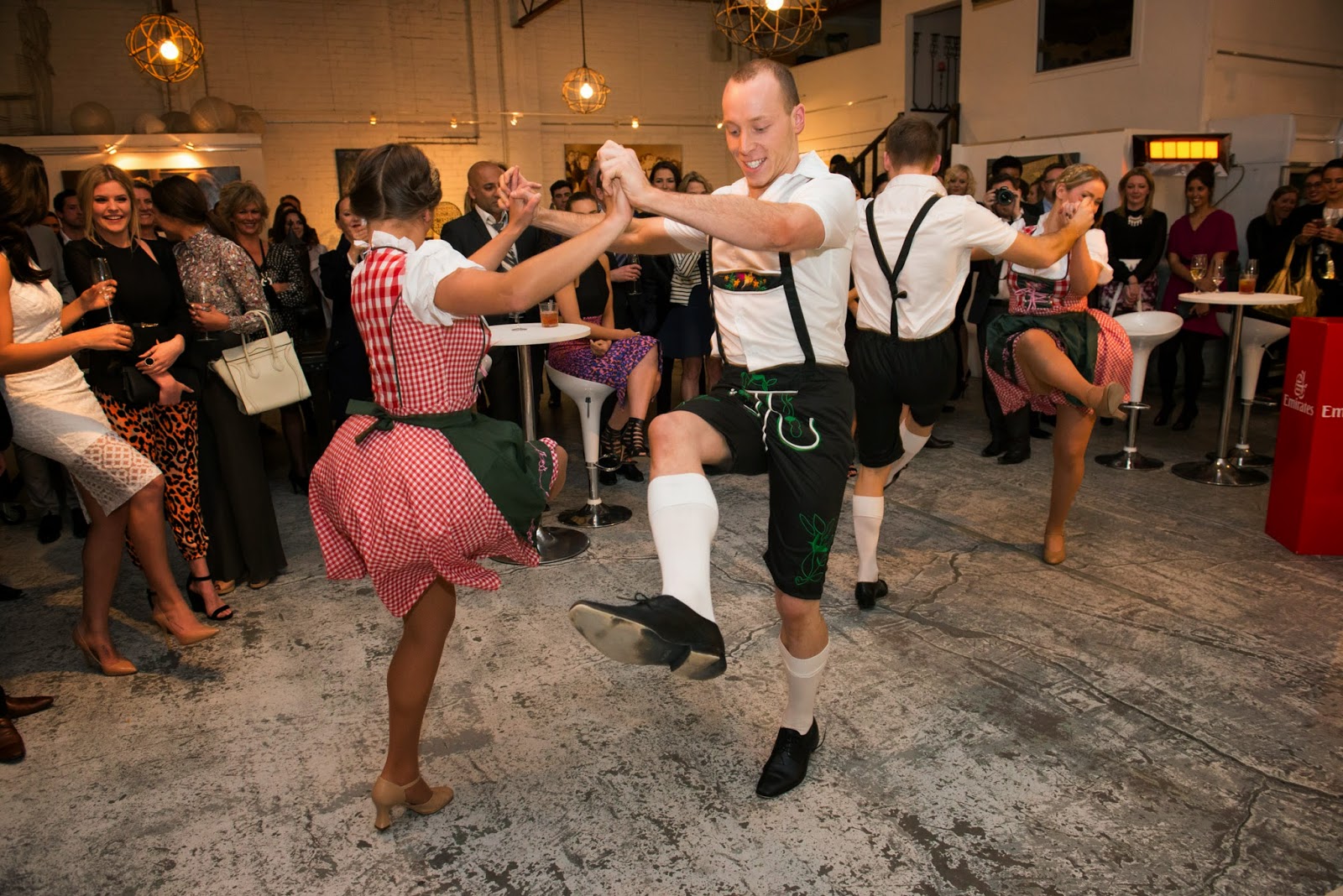 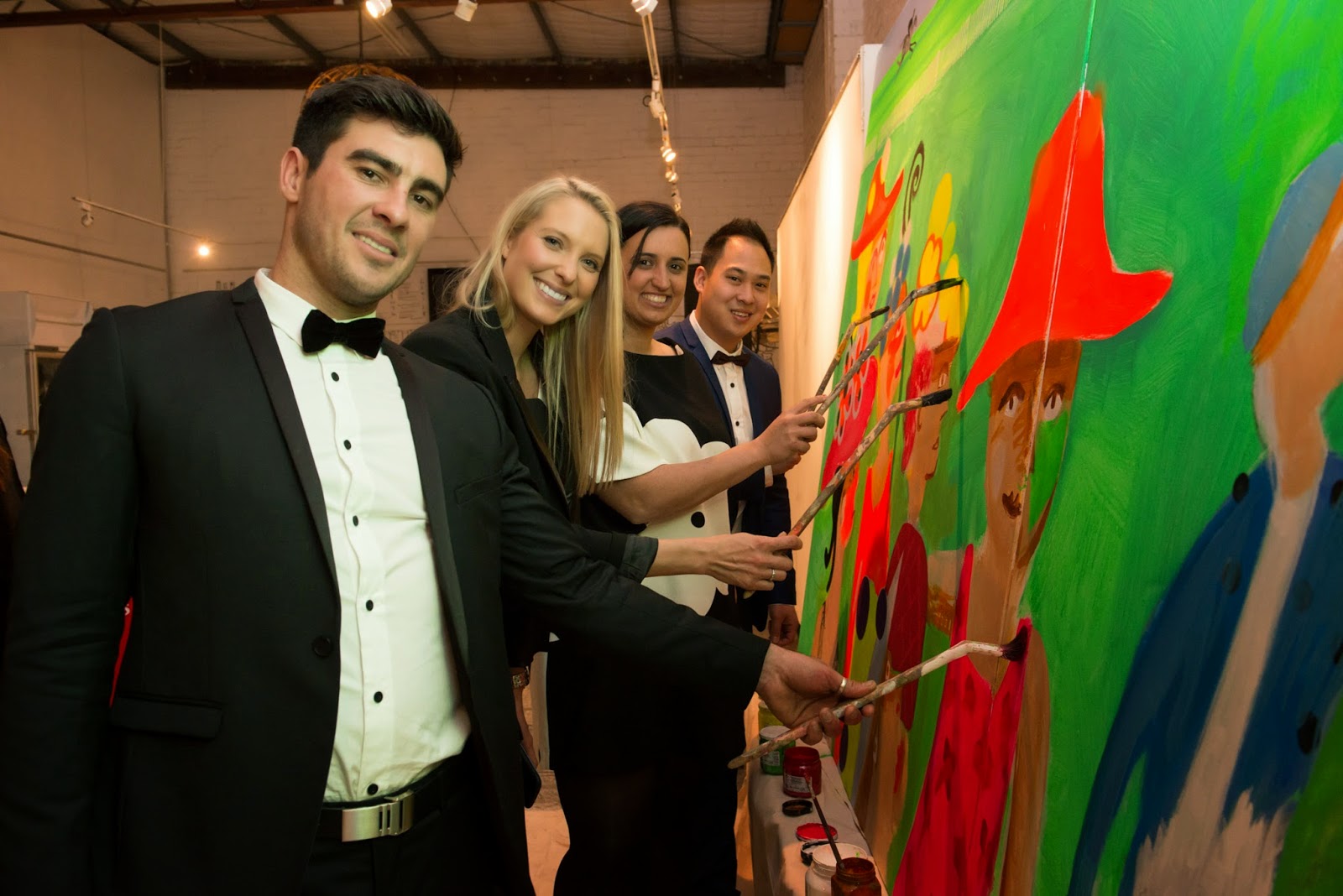 Posted by Book club enthusiast at 8:31 AM