There's nothing quite so glamorous in Melbourne as the Melbourne Cup at Flemington: bursts of colour, celebrity guests and everyone bringing out their finery - some of them with no small amount of creative flair. It's a heady mix: overseas and interstate visitors, fashion folk, opulent and dazzling marquees, all set against the backdrop of a spectacular horse race. 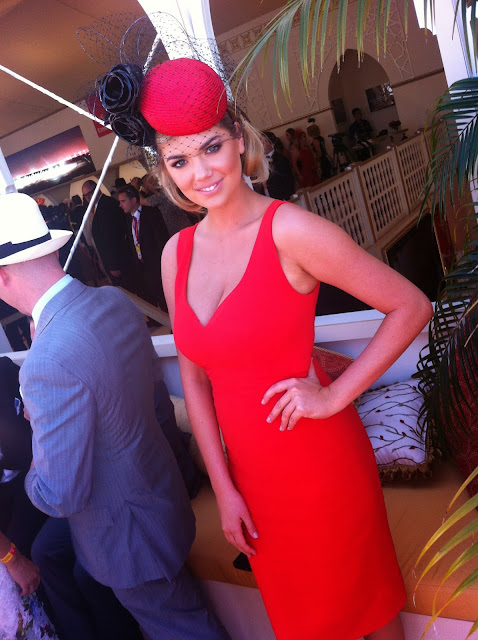 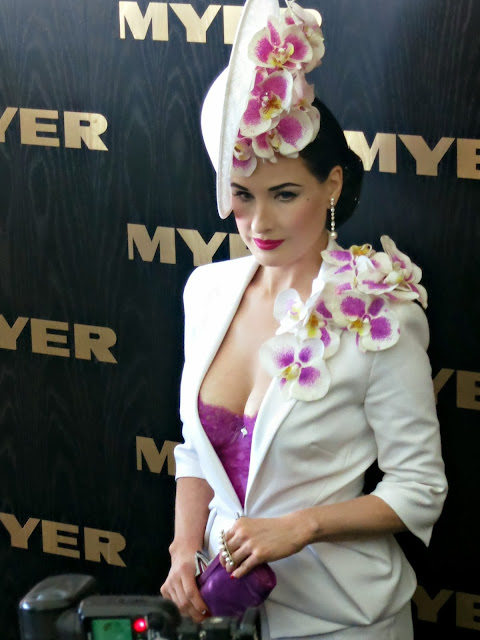 Dita Von Teese at Myer Marquee, in a Philip Treacy hat (from Christine) and Aurelio Costarella suit, which she had adorned with orchids herself. Clever girl. I once interviewed Dita Von Teese and she was less Von Teese-y than I thought: said that when she has a crush on a guy, she does a drive-by with a girlfriend past his house. Sometimes several times. Love that. 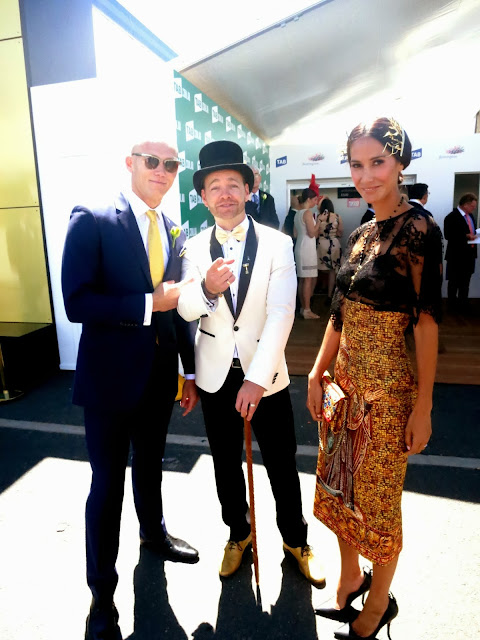 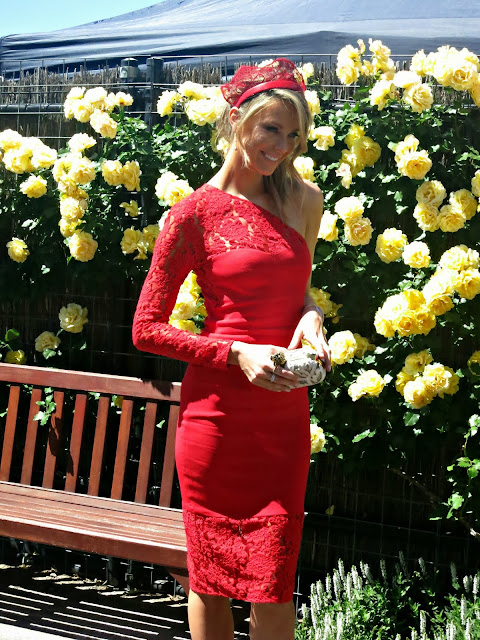 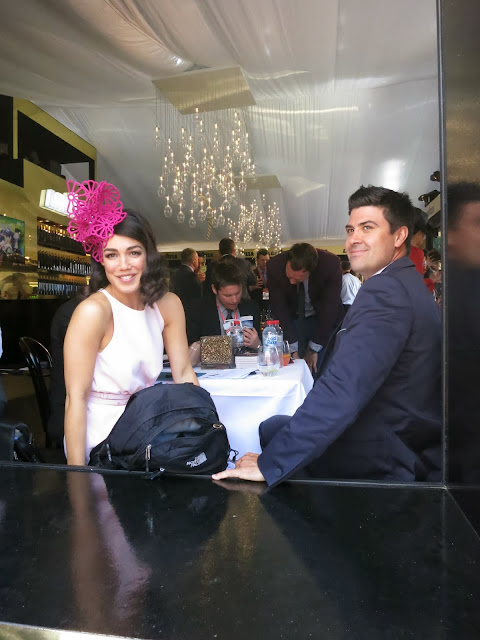 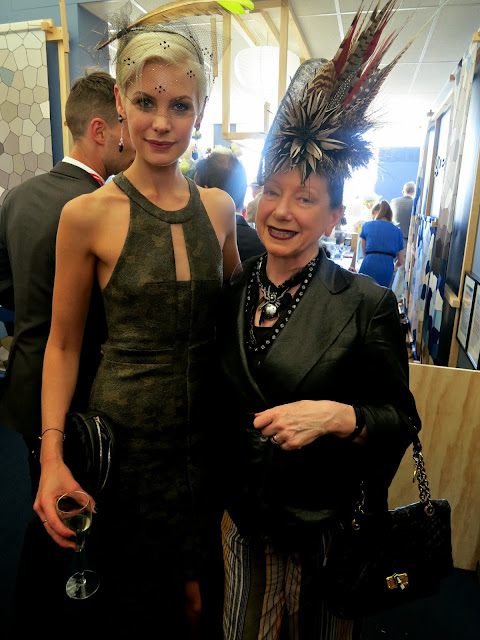 Kate Peck and Christine Barro at Lexus. Christine in a Philip Treacy hat, of course. Kate's dress by Manning Cartell with hat by Anne Shoebridge. 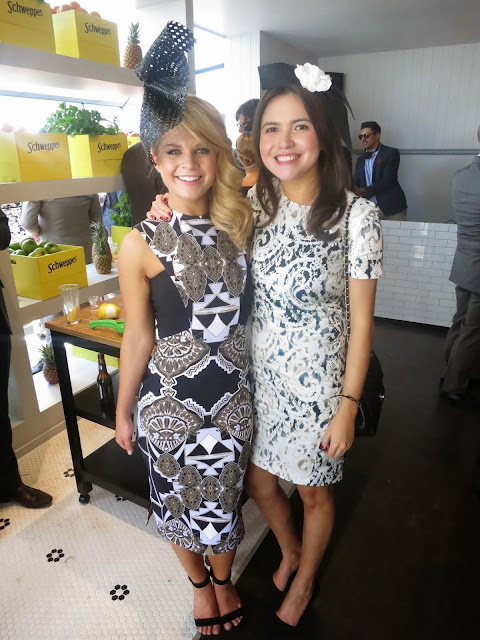 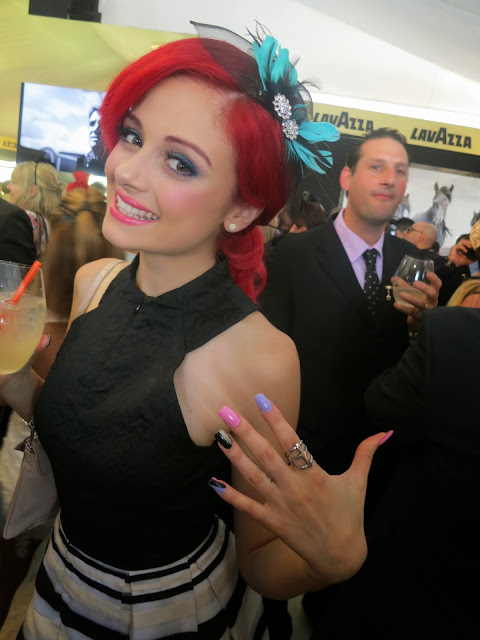 Singer Sarah De Bono at Lavazza, did her nails herself! She's still in touch with Joel Madden. Phew. 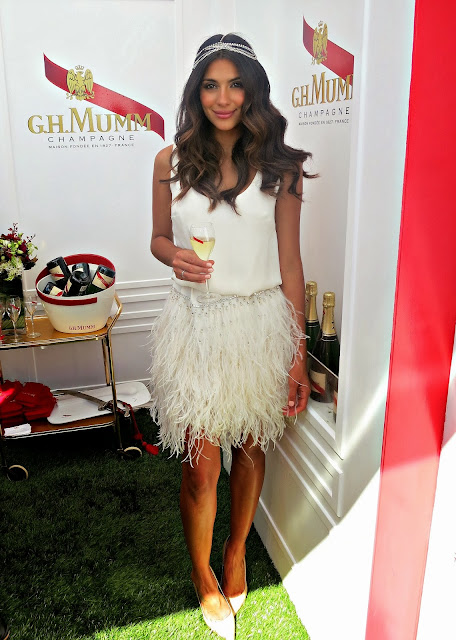 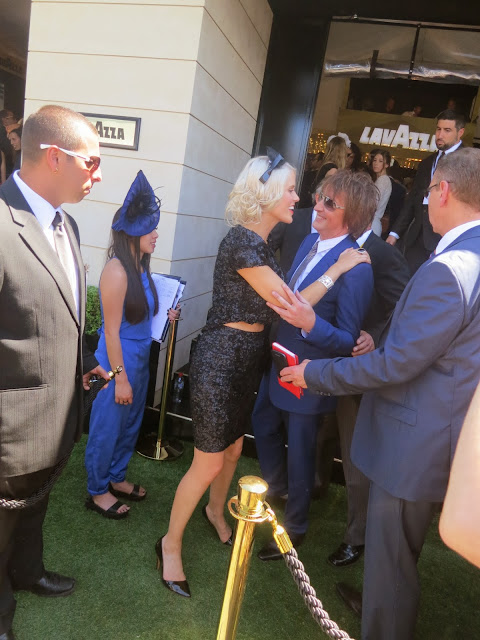 Hello, Richie Sambora. He did some songs in Lavazza: one of the highlights of the day. Magic. 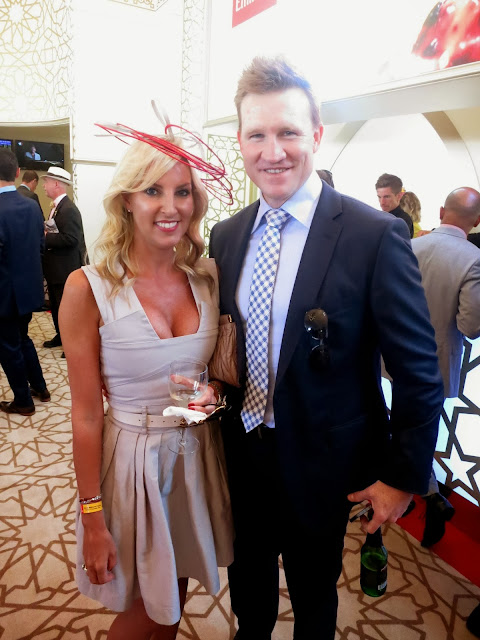 Tania and Nathan Buckley at Emirates 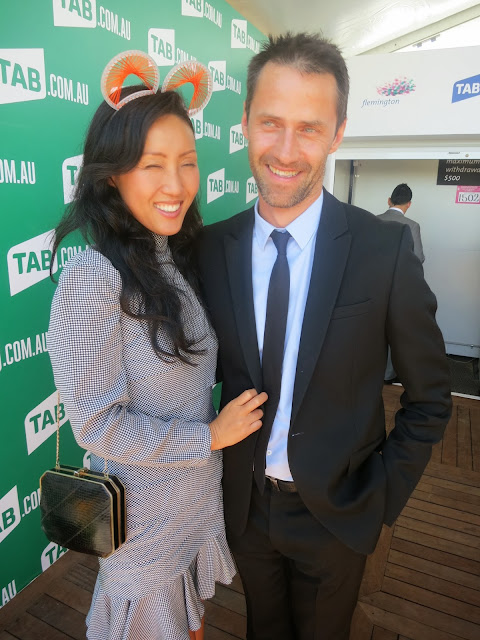 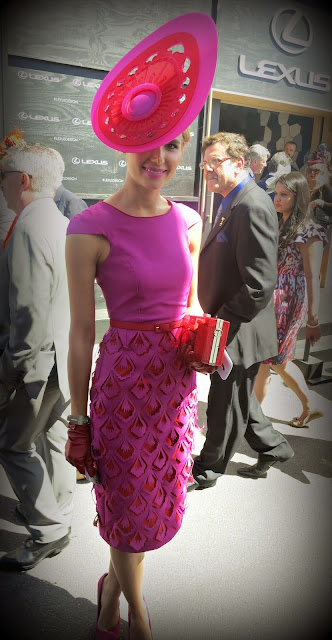 The milliners are the ones you want to photograph. Here: Kerrie Stanley at Myer 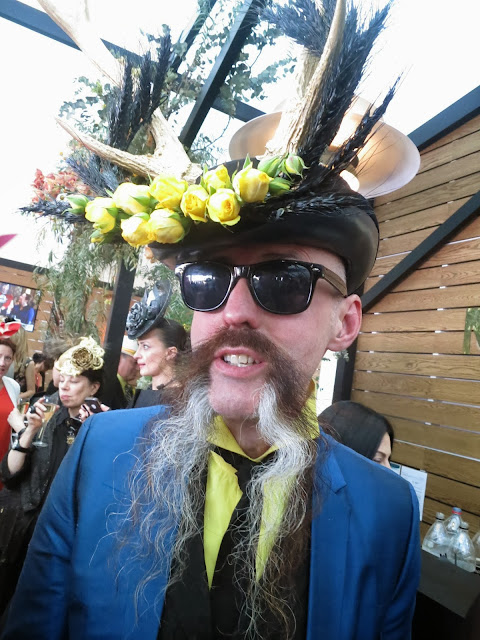 Oh, just something I pulled together. Richard Nylon at Myer 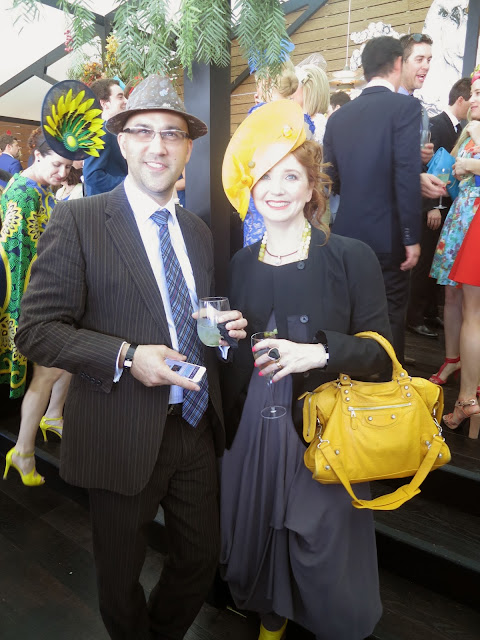 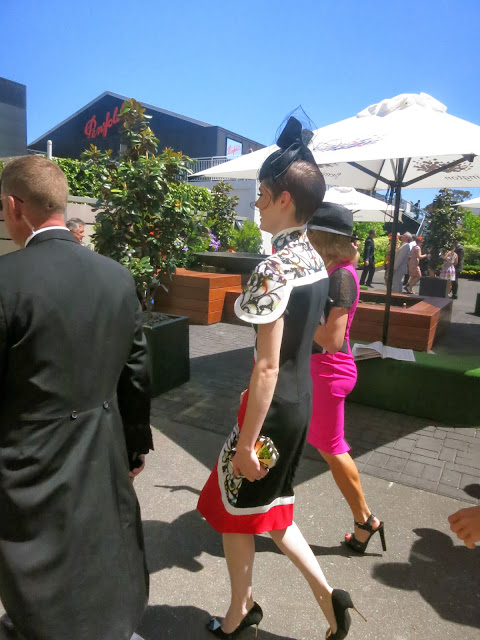 Coco Rocha on the way to Fashions on the Field judging duties. I got to interview her on Monday. She was completely adorable and knows how to turn on a full-swing, stomping, red-carpet-ready Melbourne Cup performance. Hooray for celebrities who dress the part. Peter Pilotto dress. 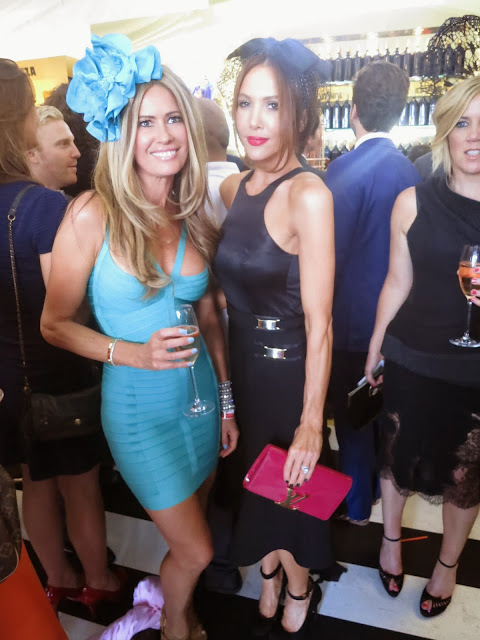 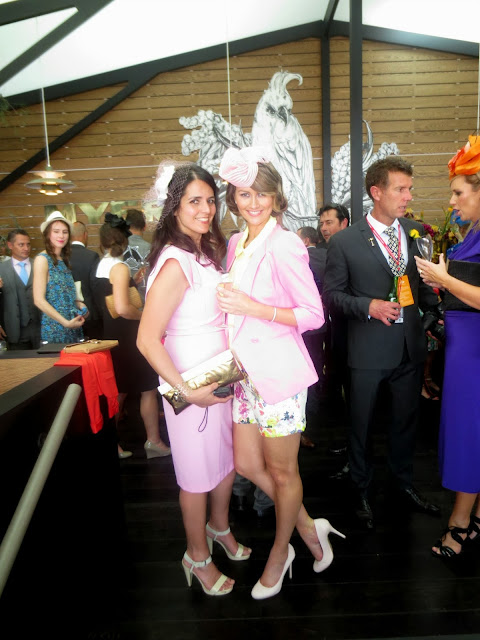 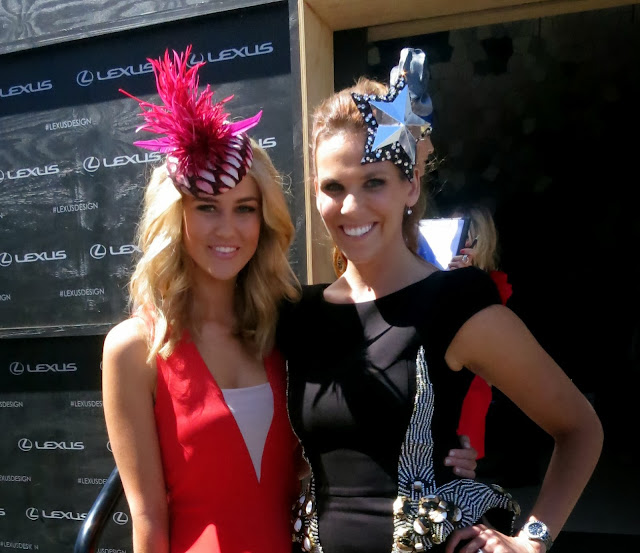 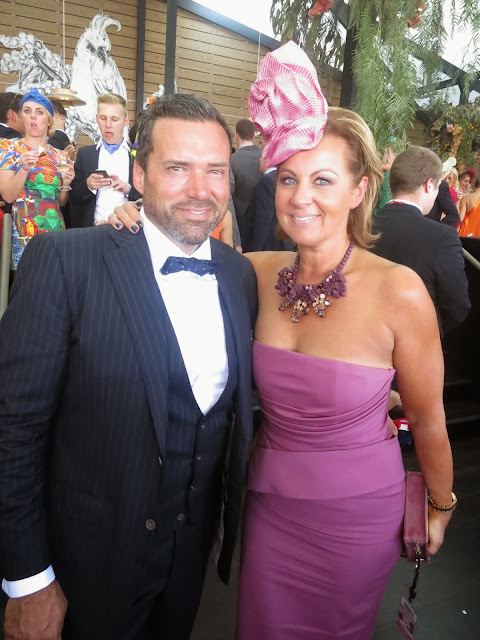 Bruce and Chyka Keebaugh (A Real Housewife of Melbourne!) at Myer 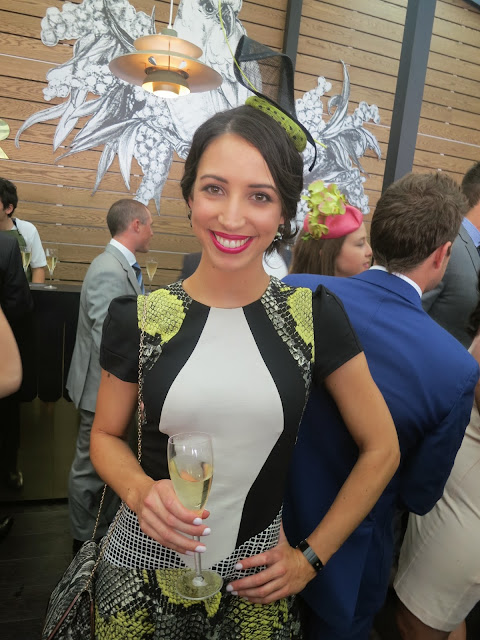 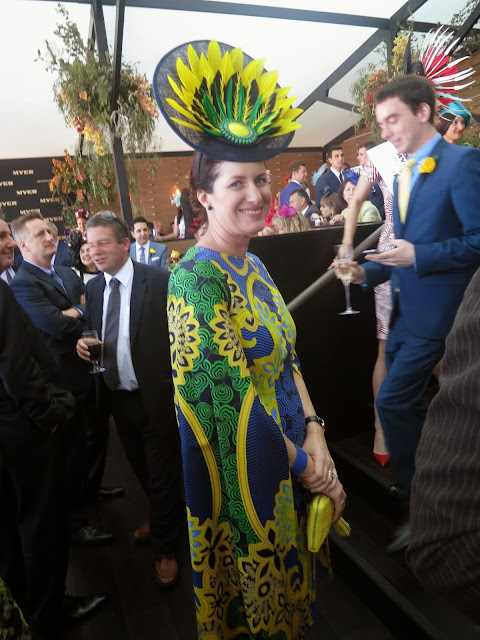 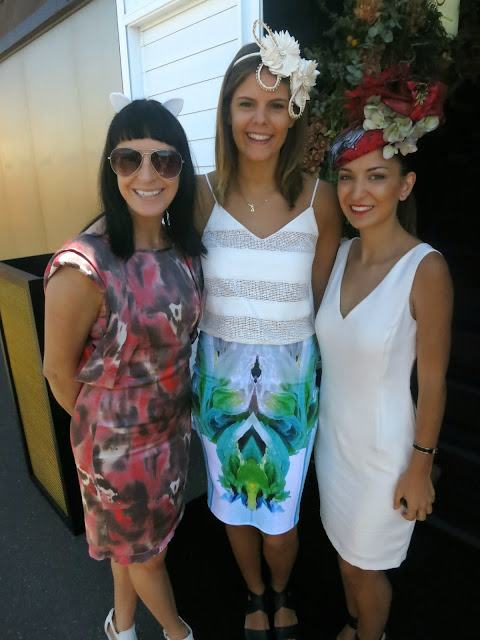 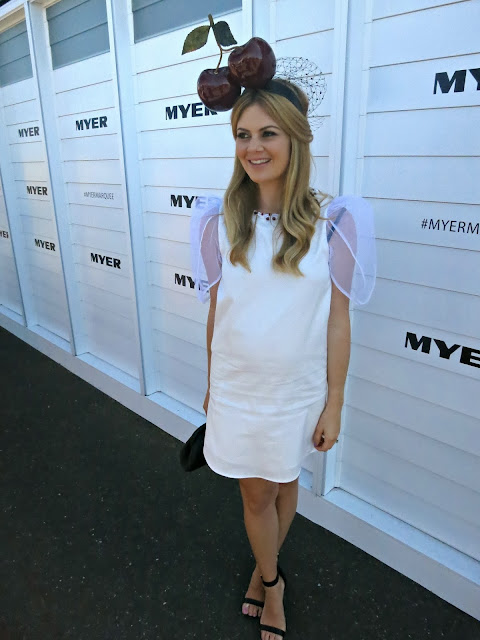 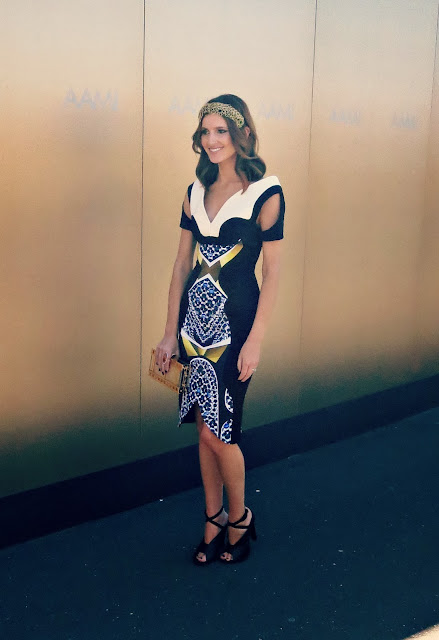 Danica Erard: just in case you didn't know what she does for a living. At Myer 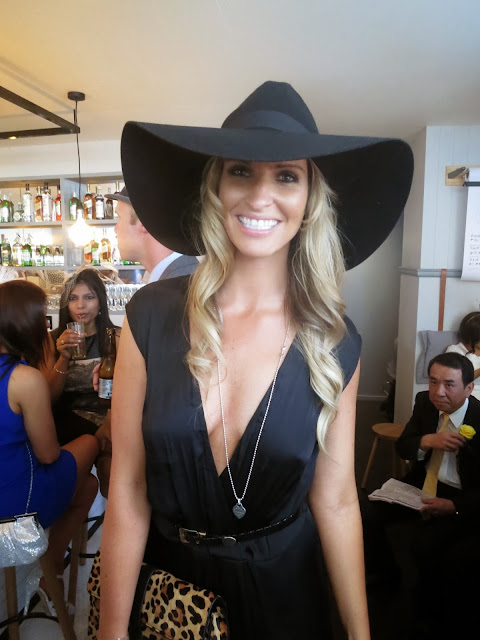 
Posted by Book club enthusiast at 6:10 AM