Invitees didn't know what to expect when they were invited to the Honor Among Thieves Chapel Street store launch. Of course, there was the obvious: this was the second H.A.T. store to open (the first being in the CBD) in recent years, and Roy Christou has been a powerhouse in cool, casual men's clothing for years.

The store opening was typical Christou: you didn't know what would greet you when you got through the shop opening, but already at the front, a fun vibe and sense of humour was evident, as guests had to stand in front of a line-up, criminal style, holding placards stating their "crimes" (e.g. Selfie Addict). Then, you had to walk all the way through the store and up a staircase only to exit at the back - where a pumping party with an underground vibe was taking place. Think: deejay (sometimes in a bikini on the freezing Melbourne night), bar, and delicious morsels of food thanks to the Greek deli next door. It had a homespun but uber-hip atmosphere - think private party in the back streets of Tribeca. 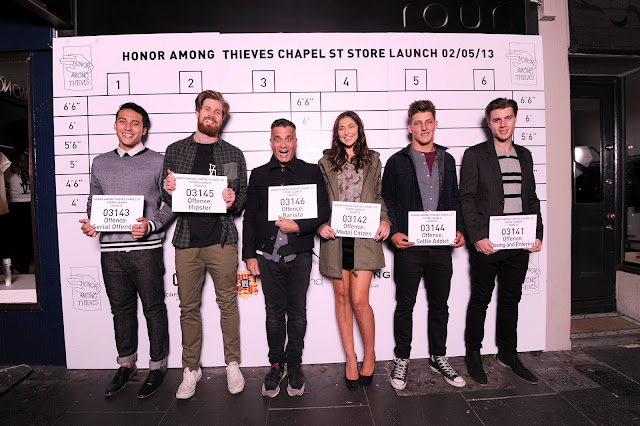 Roy Christou, hamming it up, third from left 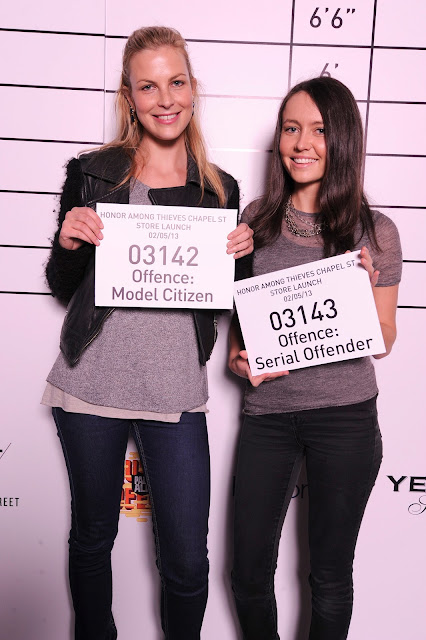 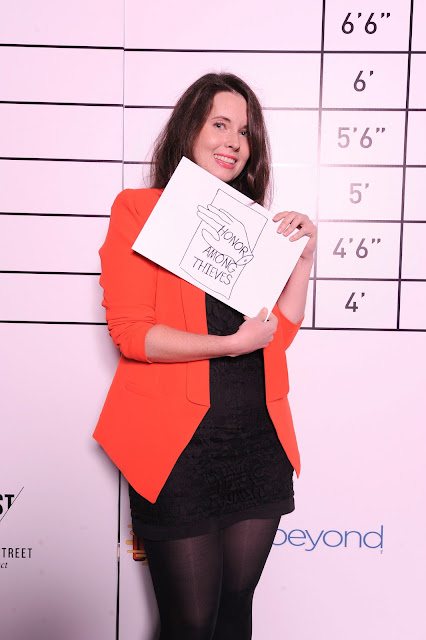 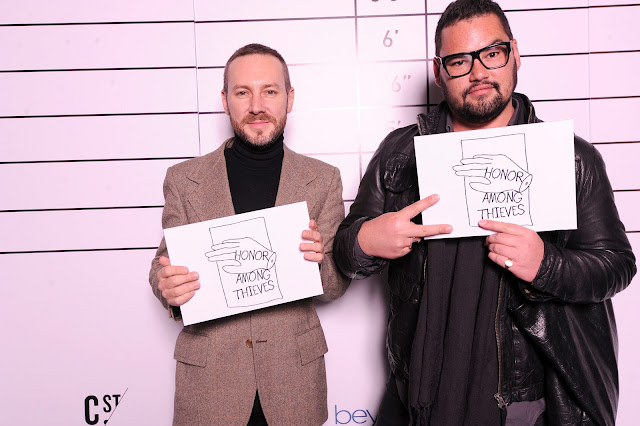 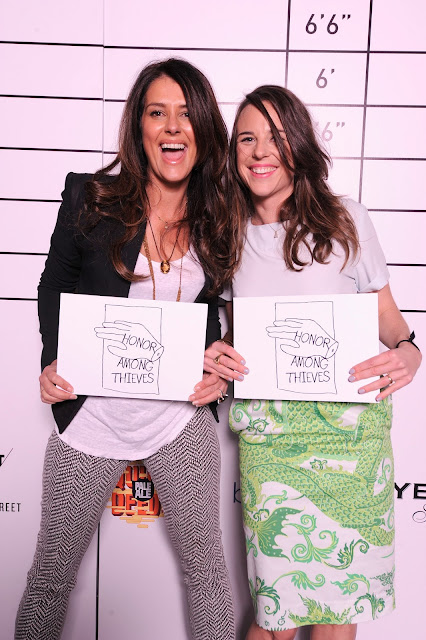 Cindy Coade and Lauren Nicolls, Roy's partner and owner of the coolest stores in town: http://www.fillysstable.com.au/about/ 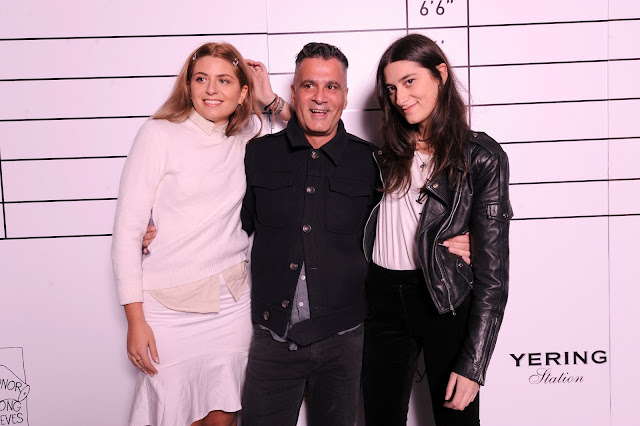 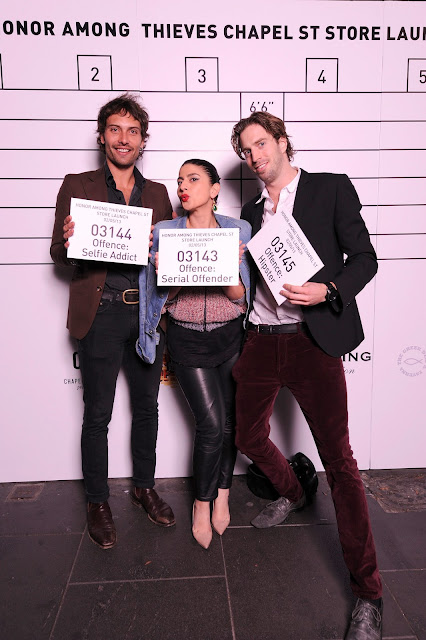 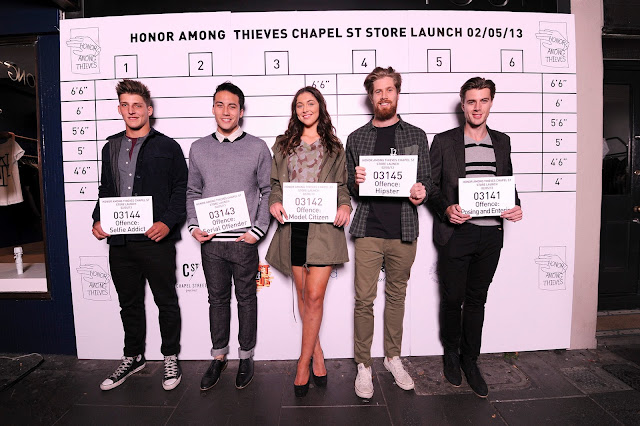 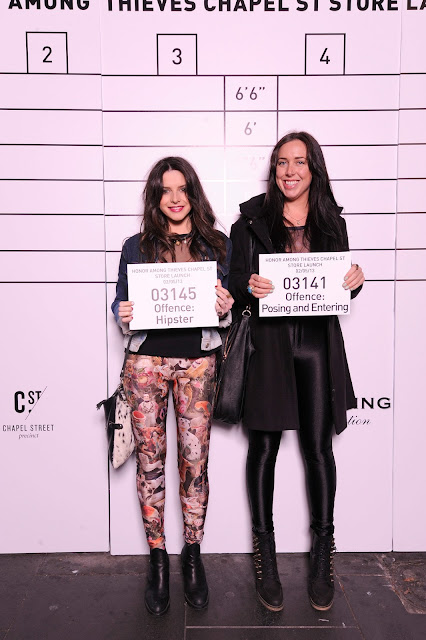 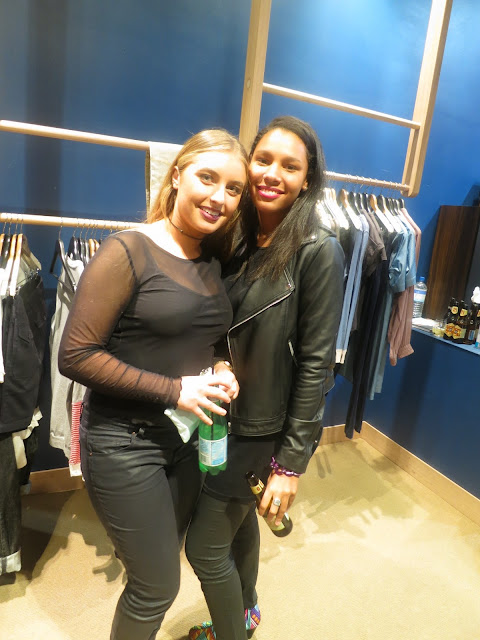 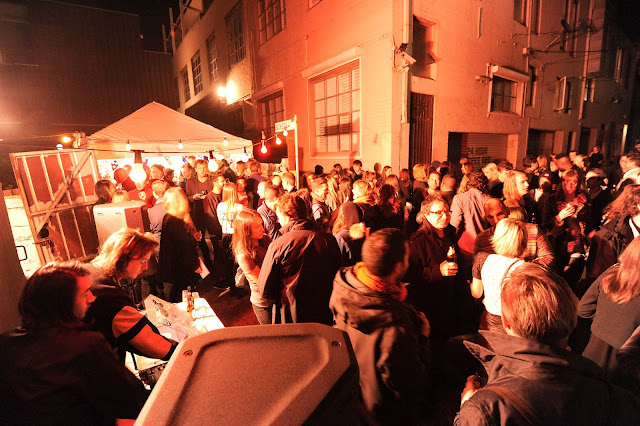 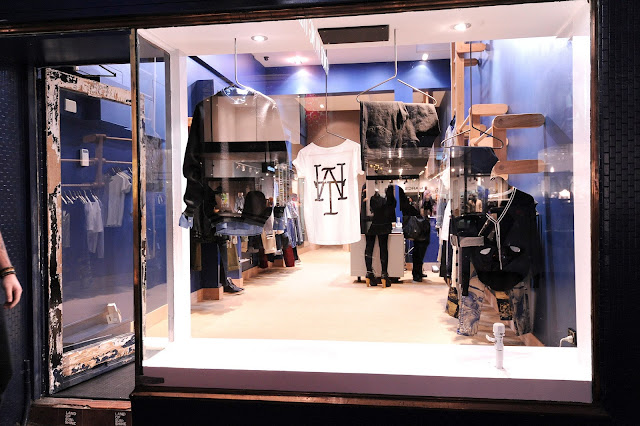 Most pics courtesy of Honor Among Thieves

Posted by Book club enthusiast at 3:08 AM