Welcome to Hollywood Mr Hitchcock: it was the name of an exhibition of paintings whose launch was held in the cellar of Tonic House, a nod to the fact that the master director himself used to love hosting parties in the cellar of his home. The artist: Pat Gavin, an Englishman whose sister - Michele Levine - lives in Melbourne, and who has always loved Hitchcock, having been on the set watching him while he was filming Frenzy. Gavin, an award-winning graphic designer and artist in the film and TV industry - he's won four BAFTA awards - is a modest chap who deflected compliments and said that despite the paintings all using scenes from Hitchcock movies, each is autobiographical in some way.

Well, that's all a good reason for a party, and who better to throw it than The Greatest Show on Earth? The team - helped by TJ Carroll and Lauren Robertson - showed what they were made of with a truly memorable Hitchcock-themed party. There was Tippi Hedren in the stairwell, running away from (paper birds), a bird-hat atop her head. There was Grace Kelly in strapless dress, hiding behind columns and seeming distressed - a good enough actress that one guest, not noting her costume, asked her if she was okay. And there was the zinger - a shower curtain in the elevator (for when guests moved to the rooftop), and behind it Norman-Bates-dressed-as-mother, complete with knife. Guests - who included designers Roger Grinstead and Dom Bagnato - were invited to do their own Hitchcockian scene in a flip book, but not before they supped on delicious offerings.
P 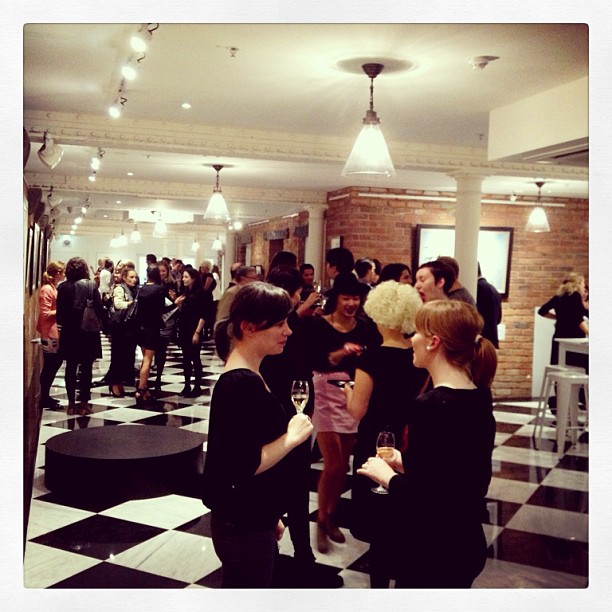 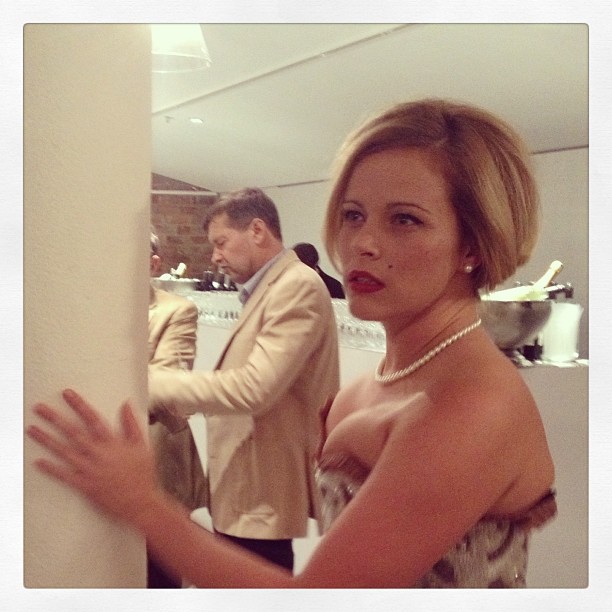 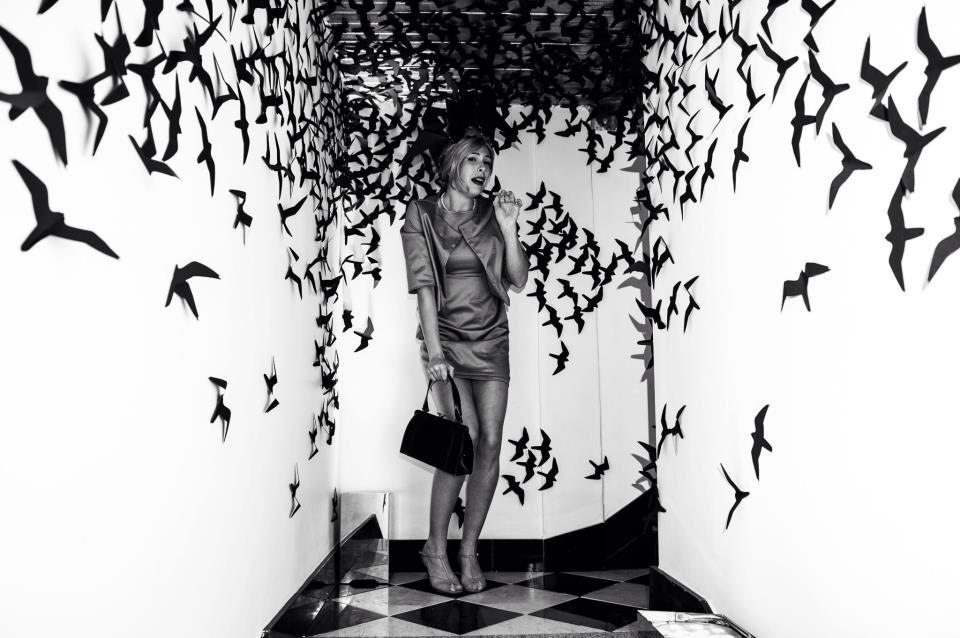 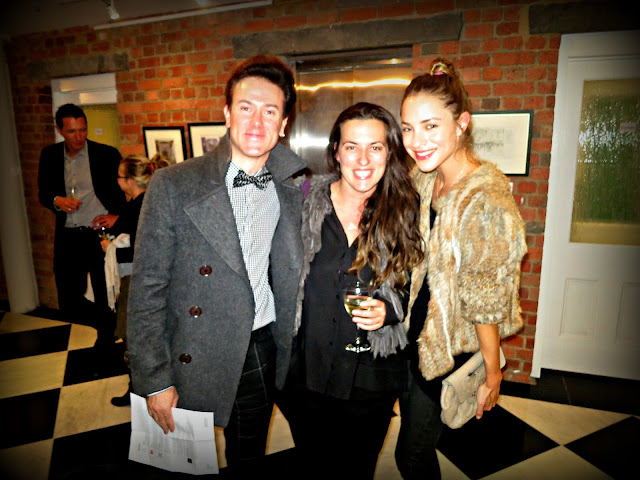 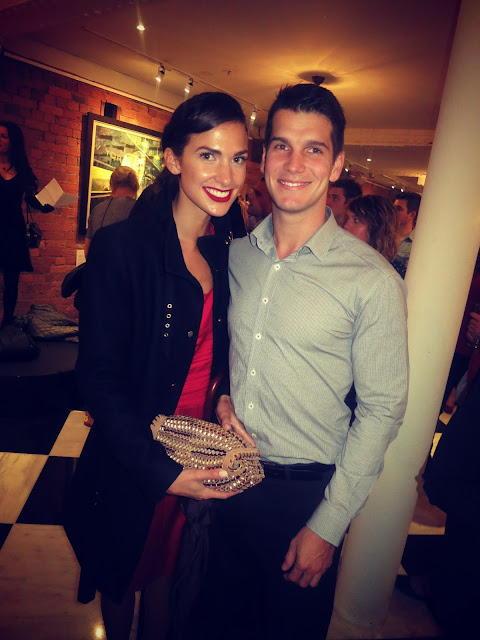 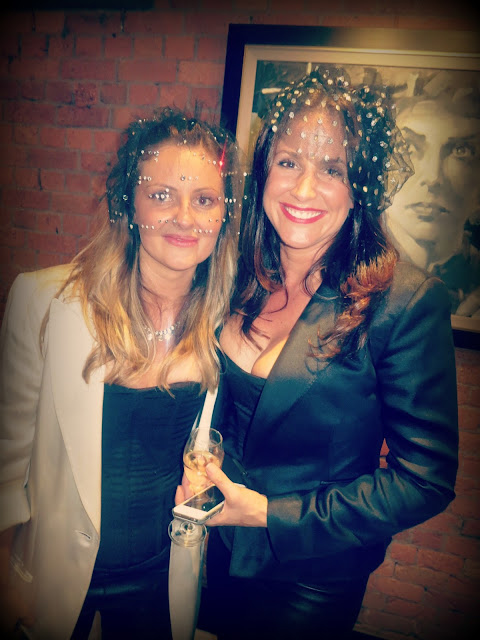 The Greatest Show on Earth's Lauren and TJ 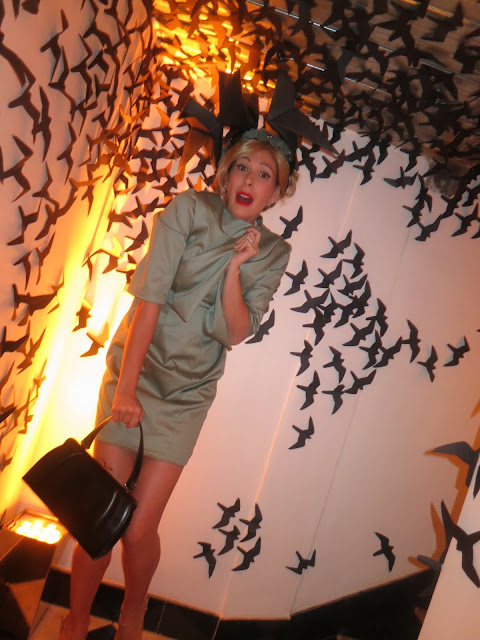 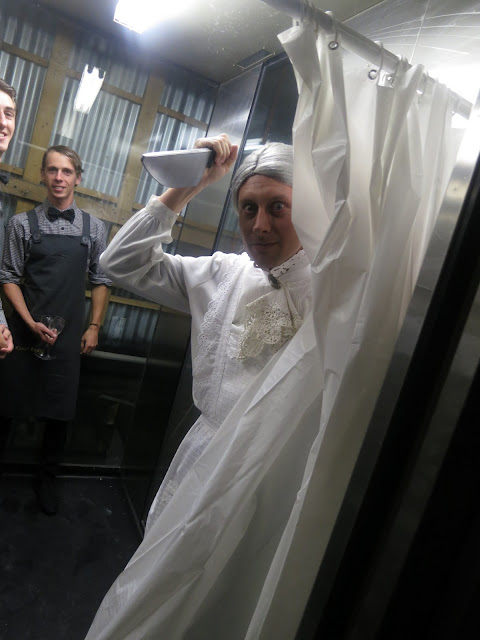 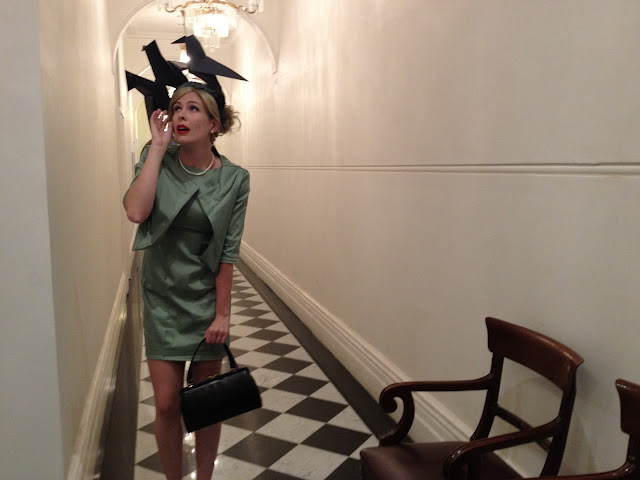 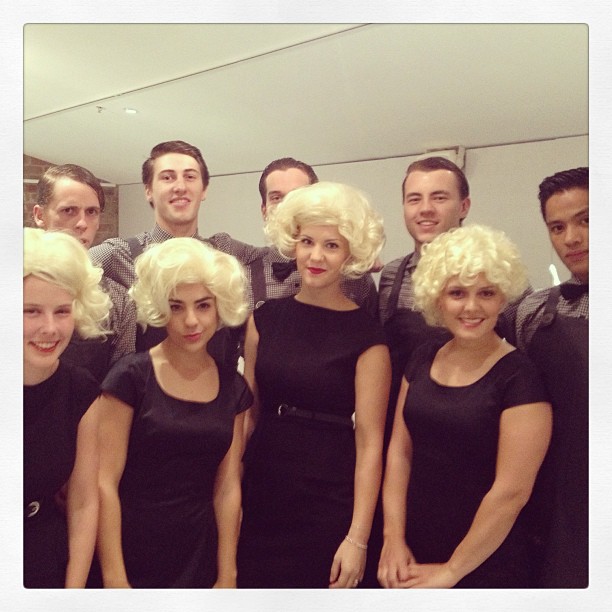 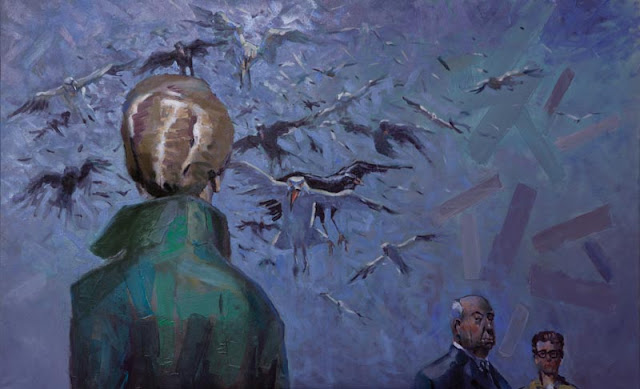 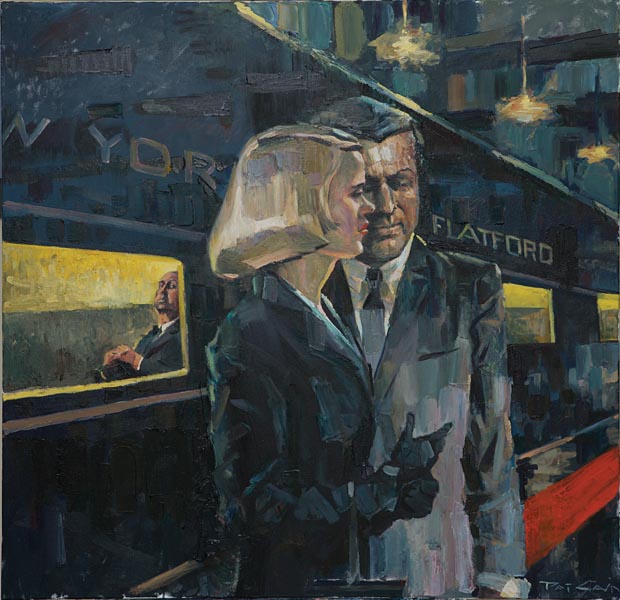 (Painting images courtesy of http://www.hitchcockpaintings.com.au - prints of which are available for sale.)


Posted by Book club enthusiast at 9:24 AM