When you get an invitation to a party whose dress code is - "Dress as if attending revelries at Viceroy Lodge, Shimla India, 1937" - you know you're in for a unique evening. Such was the 40th birthday celebration of Melbourne man-about-town Shiva Singam, who held his bash at Morris Jones & Co. Since Shiva also held a brief moonlighting post as door-guard at the L'Oreal Melbourne Fashion Festival's most exclusive party, you can bet his invitation list was filled with fashionable folk. 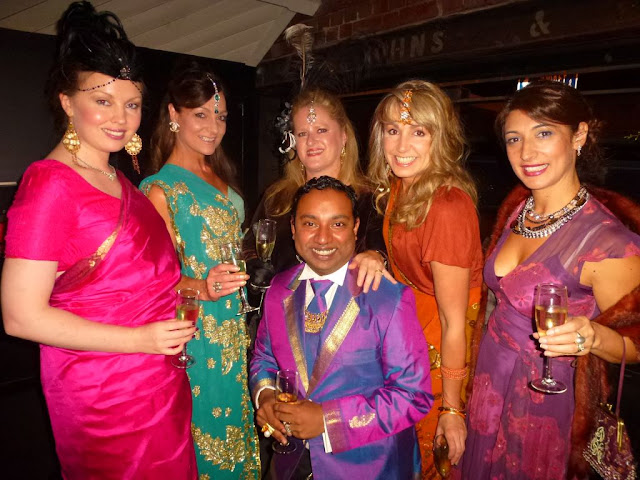 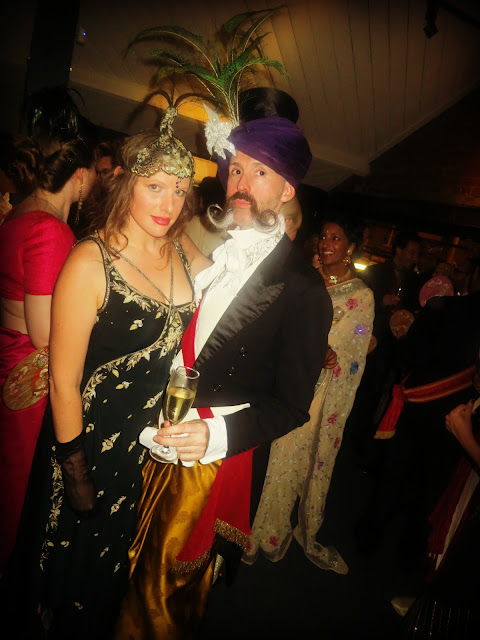 Others chose to emulate the British in India. Designer Gwendolynne Burkin and milliner Richard Nylon (who actually blends both cultural influences), 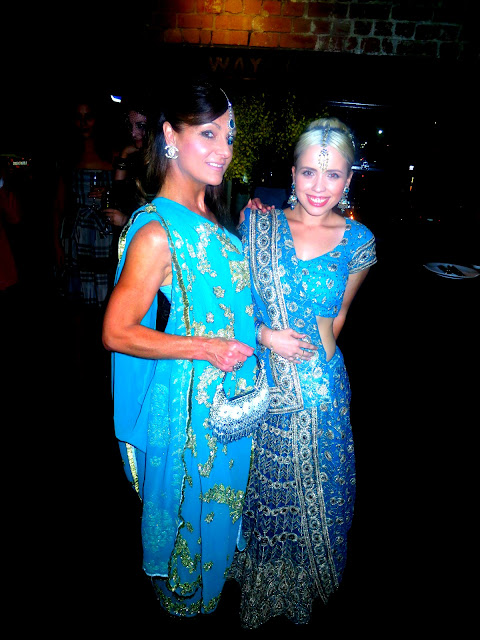 Catherine C and Kate B. If there was an award for best saris, they would've gotten it. 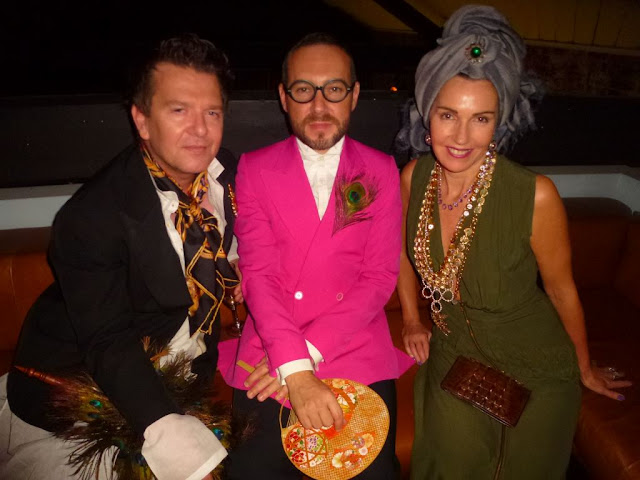 Philip Boon (centre) and Kara B, fashion plate with flair. 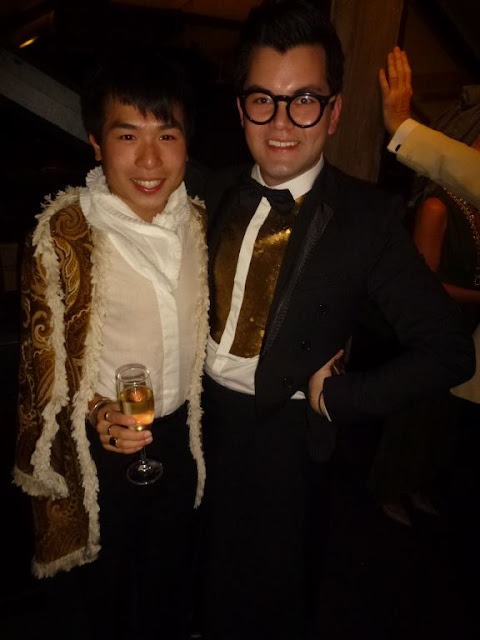 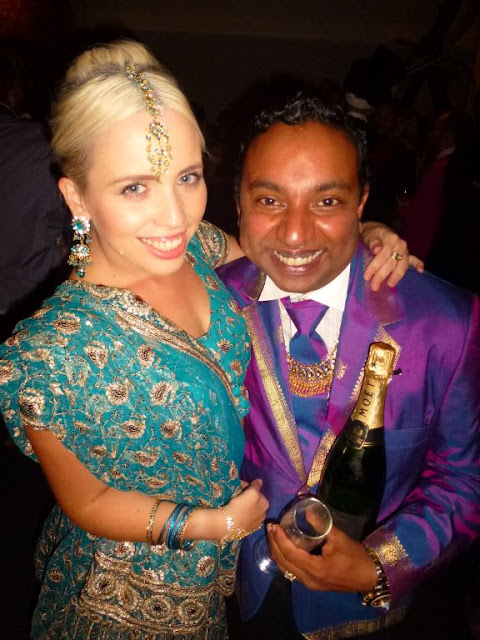 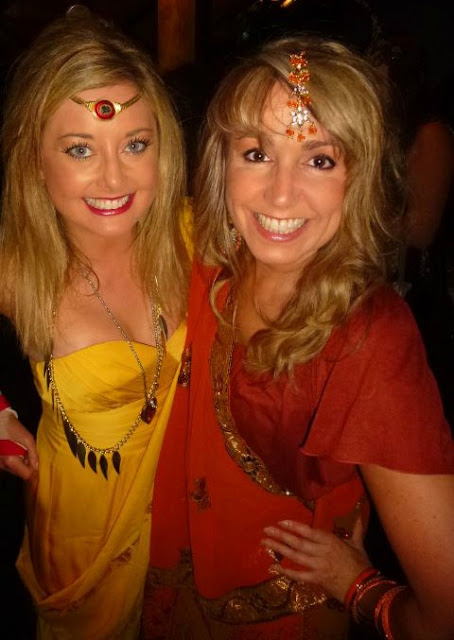 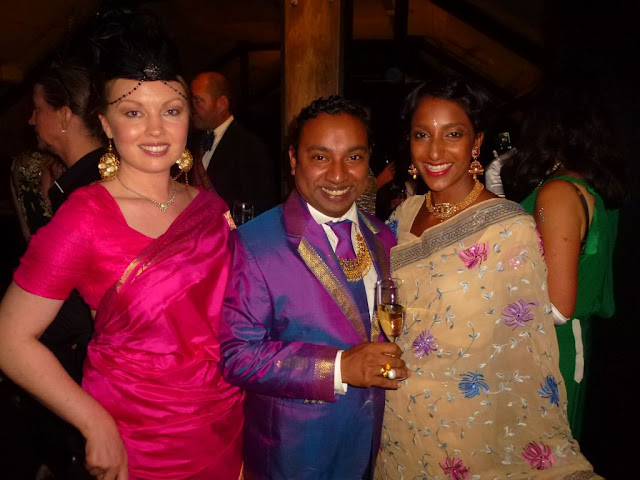 Who says a wedding dress is a one-time thing? Shiva's sister managed to wear one of her bridal dresses again! 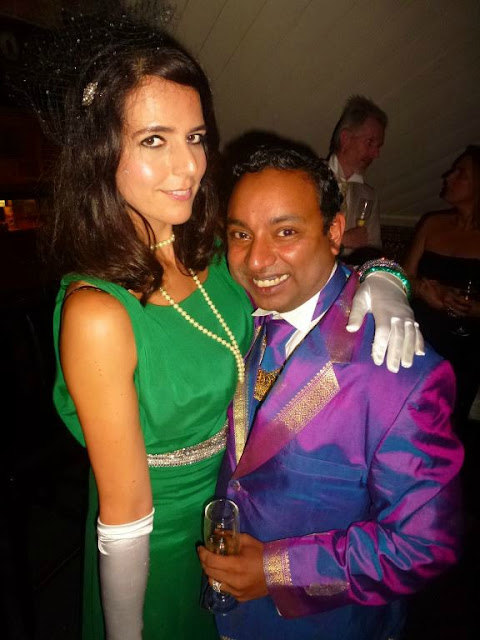 
Posted by Book club enthusiast at 5:28 AM