LMFF's Red Carpet Runway, presented by Harper's Bazaar Brides, was heralded as an event, and everyone dressed accordingly. For some, that meant full-length dresses or lush fabrics, such as satin. For others, like Richard Nylon, it meant the most spectacular headgear. When he instagrammed a corner of it, I didn't know what it would be. When I saw him in real life, I still didn't know what it was - imagine a black face stocking with feathers sticking out of it - but it was fabulous. 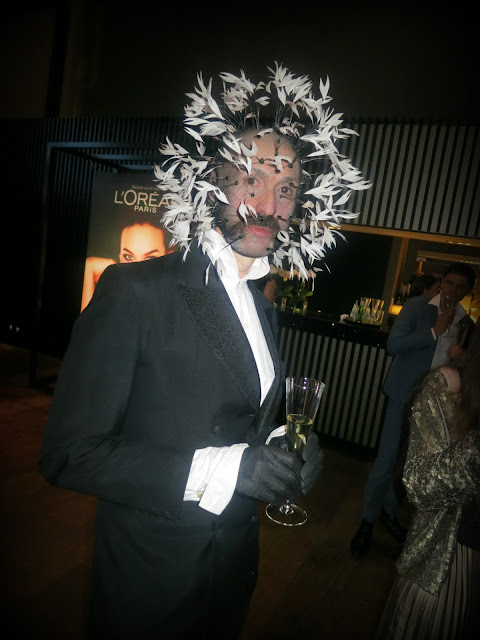 Richard's shoes were pretty fantastic too, and made him about a million feet tall. 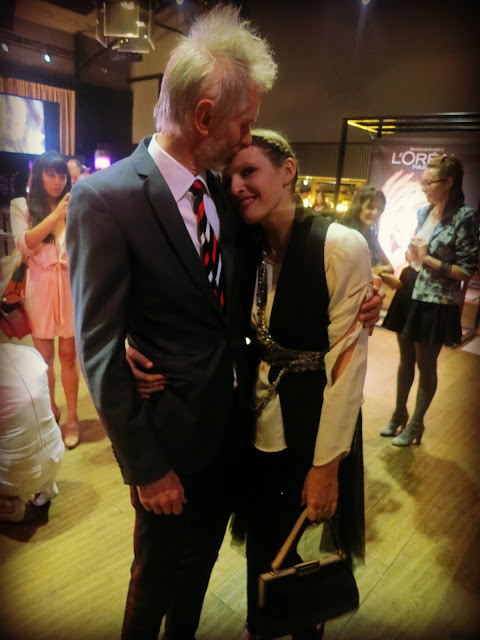 Paul and Gwendolynne. Gwendolynne was one of the bridal designers showing - as well as Aurelio Costarella, Collette Dinnigan, Rachel Gilbert and Toni Maticevski. But I believe she's the only one getting married in the next year or so. 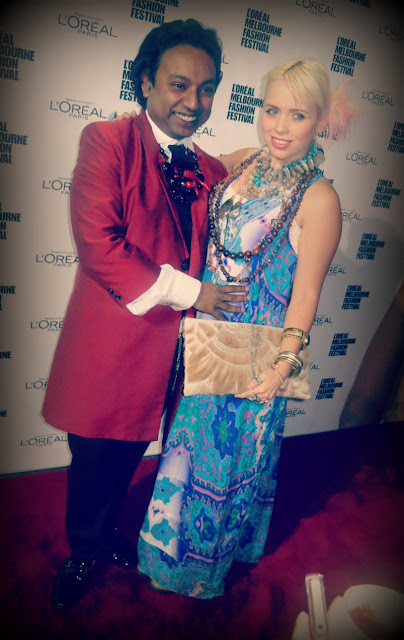 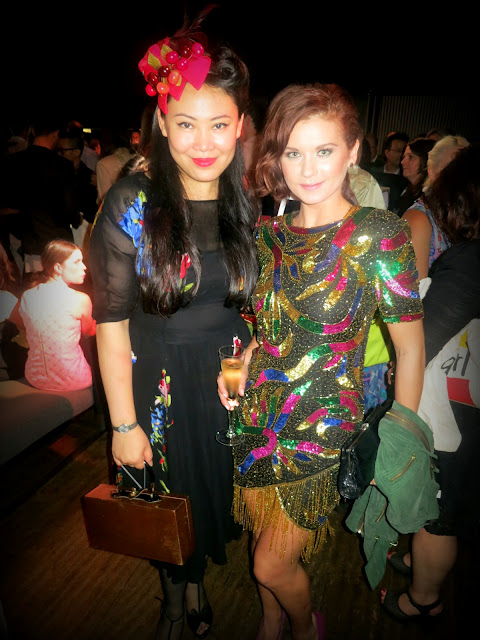 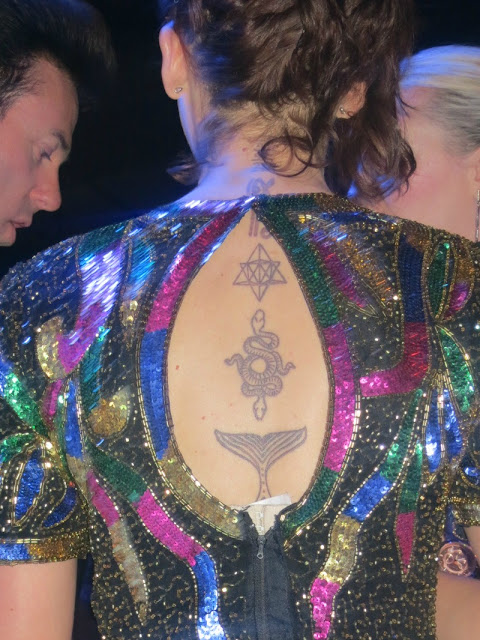 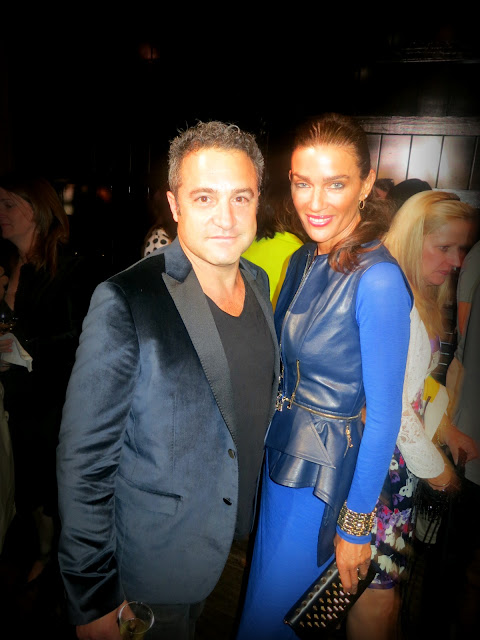 Board member Leonard Hamersfeld and Danielle Vagner of Kookai 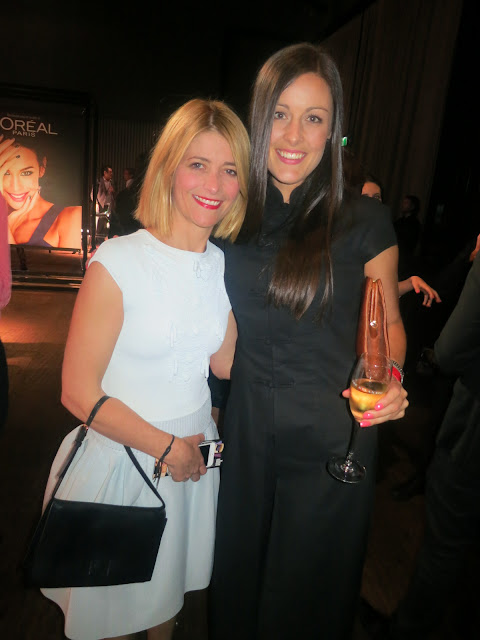 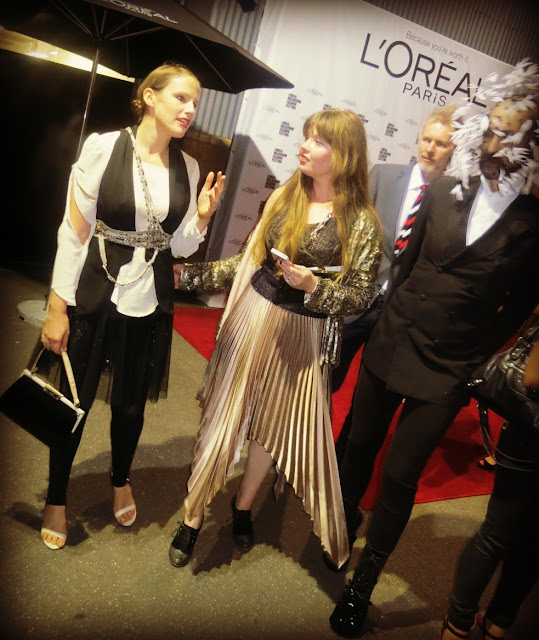 Gwendolynne and PR gal Kyra Pybus - Kyra in vintage Gwendolynne, was a guest of the designer. 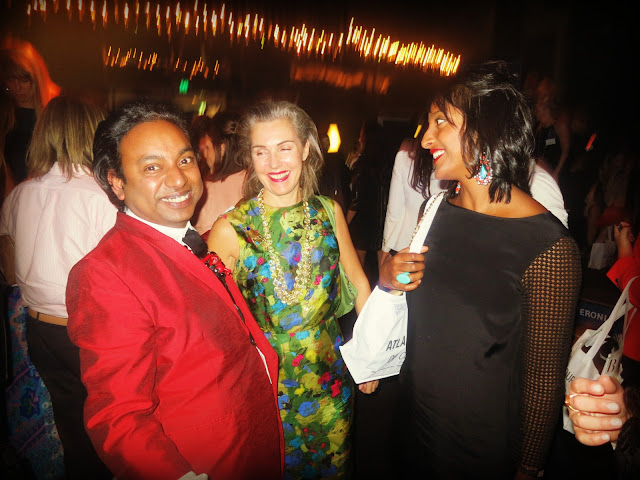 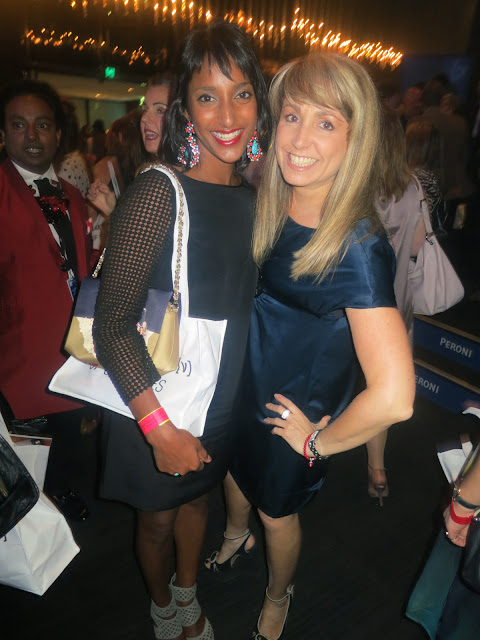 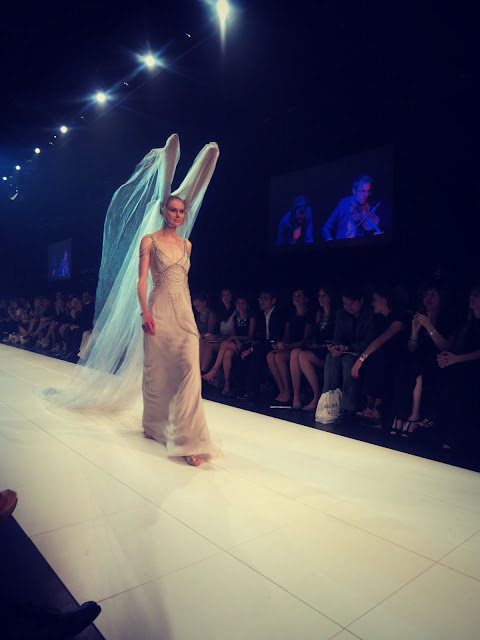 The amazing gowns by Gwendolynne were a favourite of former LMFF director Robert Buckingham, who raved about them afterwards. The music was also memorable: classic renditions of tunes by INXS, Beyonce and AC/DC livened the mood. 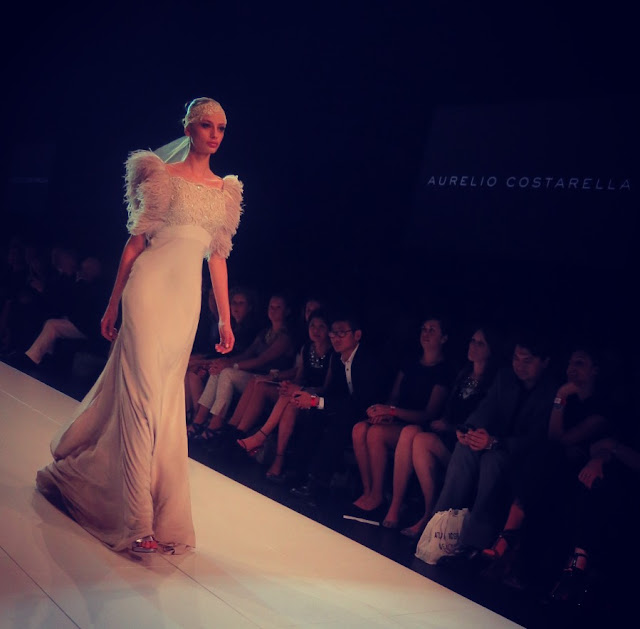 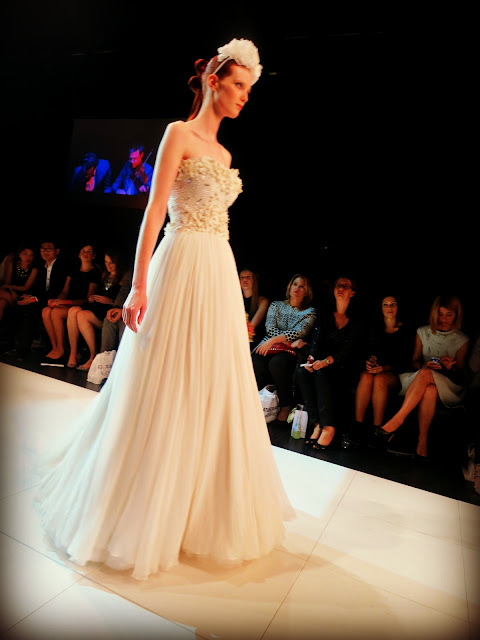 Alice Burdeu on the catwalk

After LMFF, there was a party at Adam Behind Eve nightclub (http://www.evebar.com.au/)for Michaela Menichelli handbags. Jennifer Hawkins turned up and danced until 4am. Rex Lee, from Entourage, also joined the fun. 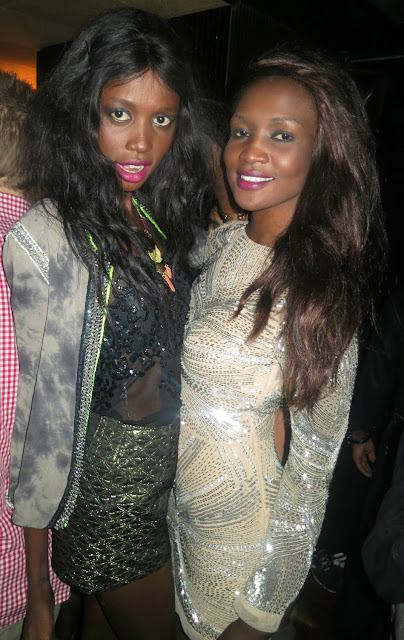 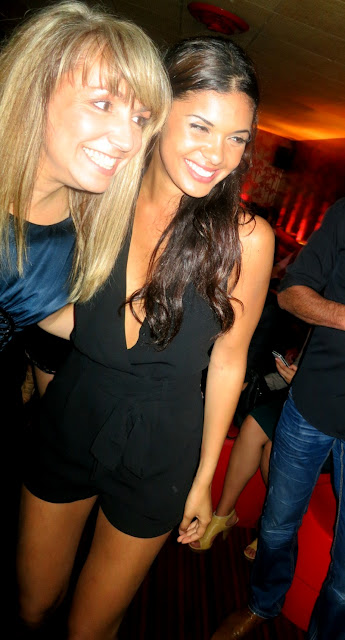 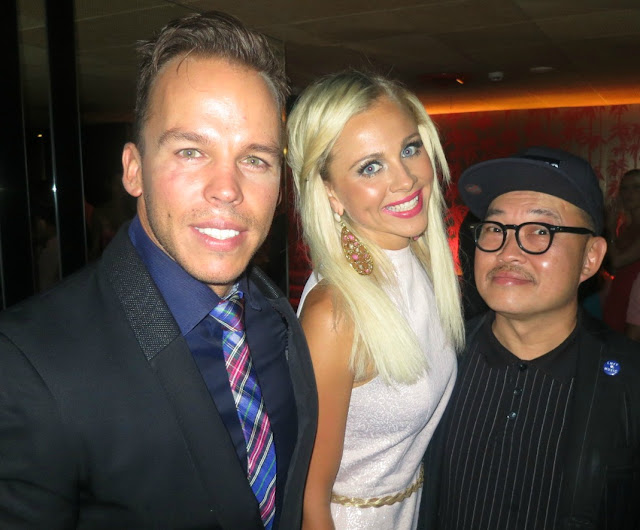 Eve club owner Darren Male, his girlfriend and photographer Jim Lee. Have to say, it was a rocking night at Eve (and Adam Behind Eve) with long queues, pumping music and a crowd that wouldn't stop. 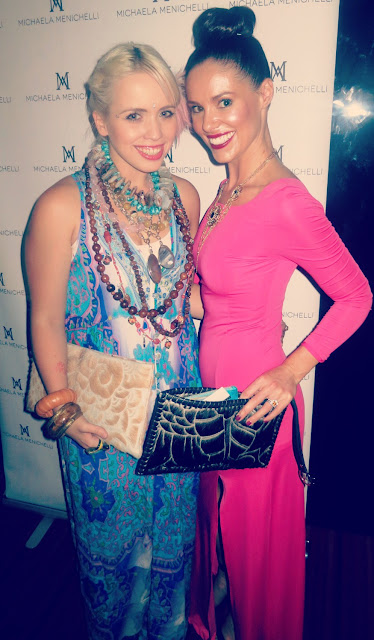