The L'Oreal Melbourne Fashion Festival's National Designer Award is one of the events you go to, if you're lucky enough to be invited: held over breakfast at Tiffany & Co, the winner - mens label From Britten - was announced among a crowd that included Megan Gale, Harper's Bazaar editor Kellie Hush, InStyle editor Kirsten Galliott, fashion insider Kirstie Clements, and a host of glittering fashion folk.


From Britten is the brainchild of Alexander and Tom Britten-Finschi, who also happen to be the sons of Melbourne designer Linda Britten. (You'd especially know her if you did any kind of debutante ball in the 80s, because she was the BOMB.) 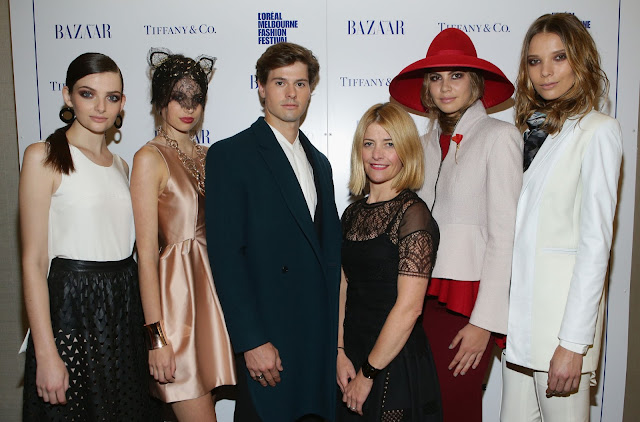 Models in the finalists' clothes, including model in winning label From Britten (centre) and editor Kellie Hush.  (photo by Lucas Dawson/ courtesy AMPR) 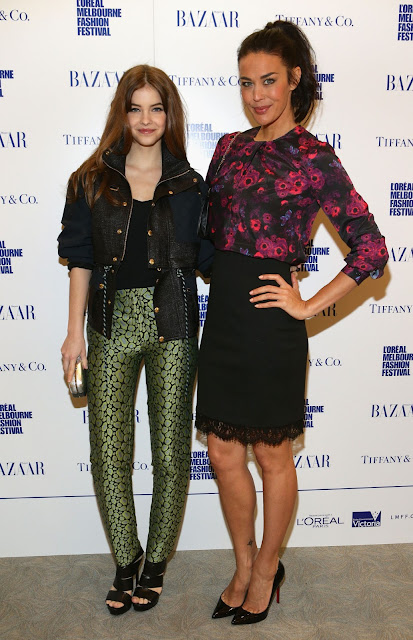 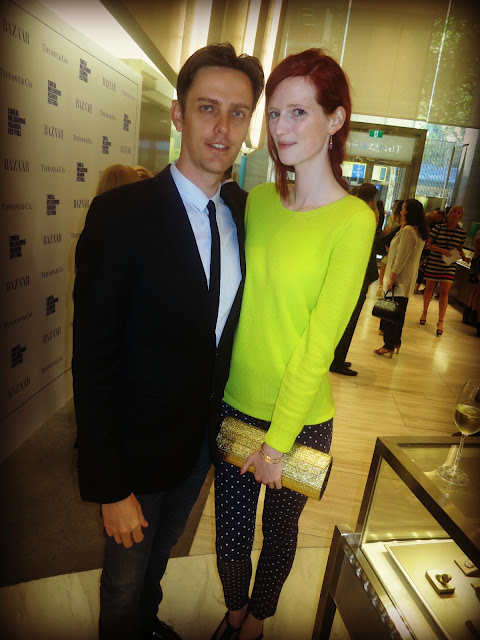 Australia's Next Top Model past winner Alice Burdeu. When the pair posed for the photo, she told him how good looking he was. Sweet. 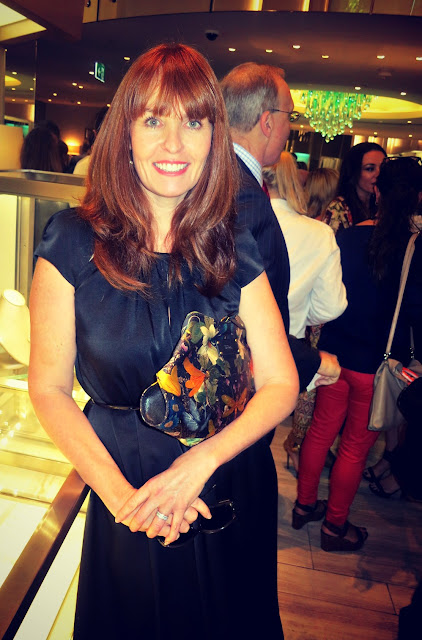 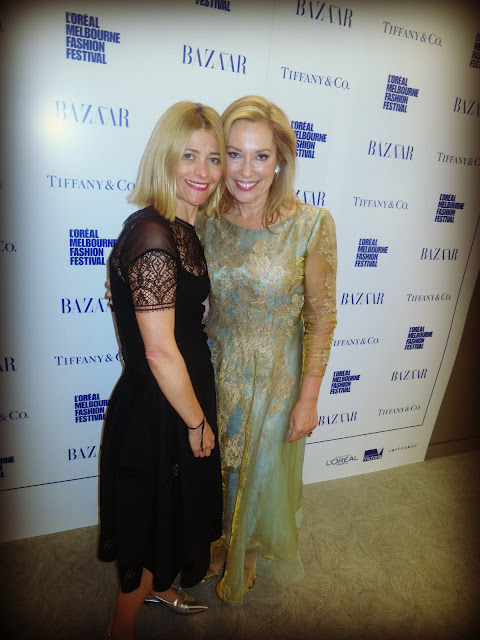 Editor Kellie Hush and LMFF Chair Laura Anderson. Laura always looks regal; I think she's secretly getting Princess Mary or Kate to oversee her outfits every day. After all, this is 9.30 am, and by the evening at the runway show, she was like the queen at a Royal Command Performance. (In a good way.) 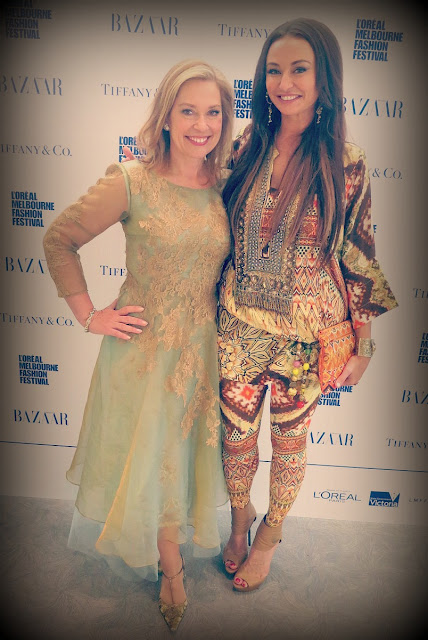 Laura with designer Camilla. See, even the pose is princess-y. I'm just waiting for Kate Middleton to pop out from the shadows. I wish Camilla had dropped a curtsy for full effect, and I wish everyone in the fashion industry acted so royally. At the moment, it's Laura and Victoria Beckham in a tie. 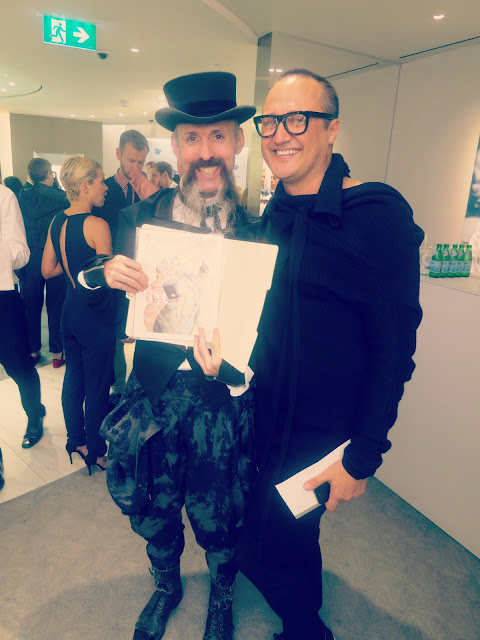 Milliner Richard Nylon (left) is one of my favourite people: not only does he make the most stupendous hats, but he also dresses with pomp and circumstance and fun and is the most photo-worthy person I know. He's a walking photo opportunity, really. In this shot, he is holding a present I've just given him: an illustration by Sophie Blackall, on hats. She takes classified ads from "Missed Connections" - where people try to connect with someone they've met or seen fleetingly in the street etc - and illustrates them. 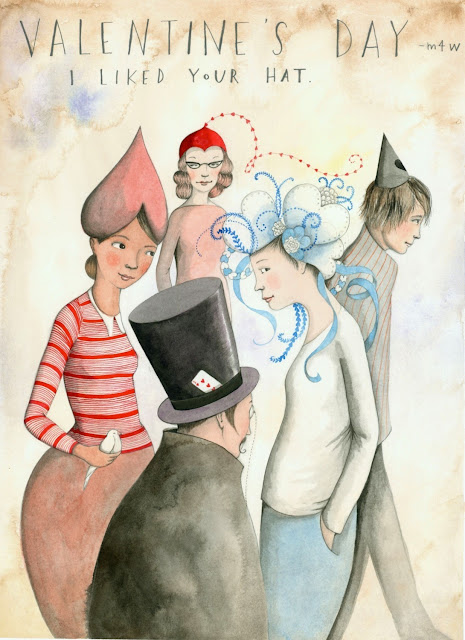 Posted by Book club enthusiast at 3:06 AM