Who can resist Dresscode: Gatsby on this Baz Luhrmann-infused week? None of the party-goers at Vivian Ashworth Hair and Makeup Salon's launch, to be sure. Greville Street proved to be a magnet for sequin-adoring, fur-donning, headband-seeking types, with more sparkle in the room than a Swarovski store. To add to the geniality in the air, jazz soloist Hetty Kate and her band performed, and models swanned around in Gwendolynne couture, paired with Richard Nylon headpieces. 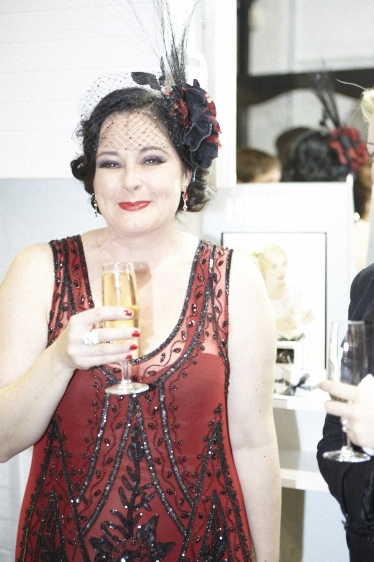 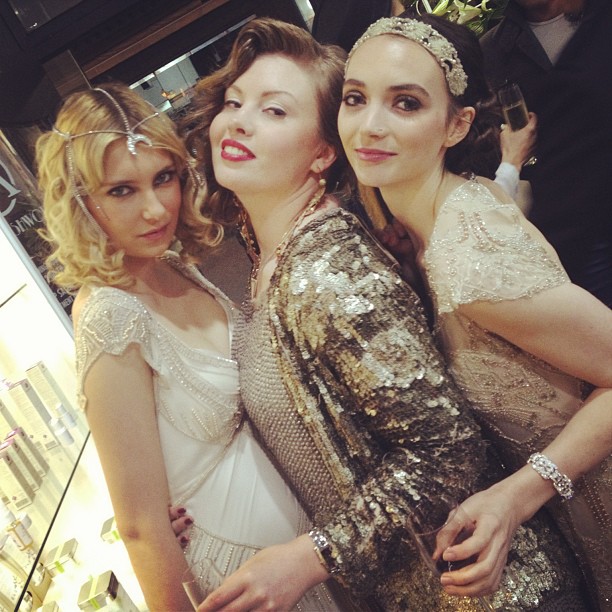 PR Kyra Pybus, behind the event, yet front and centre with two Gwendolynne-gowned gals 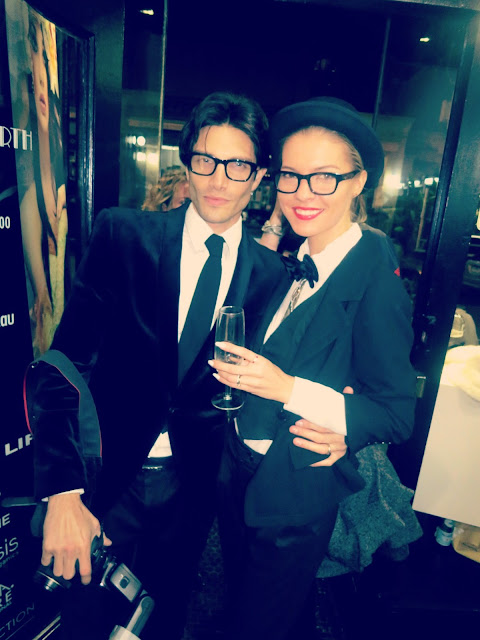 Colin and Dasha Gold, of theTrendspotter.net 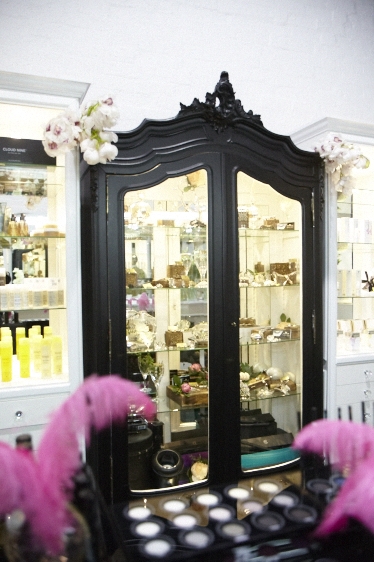 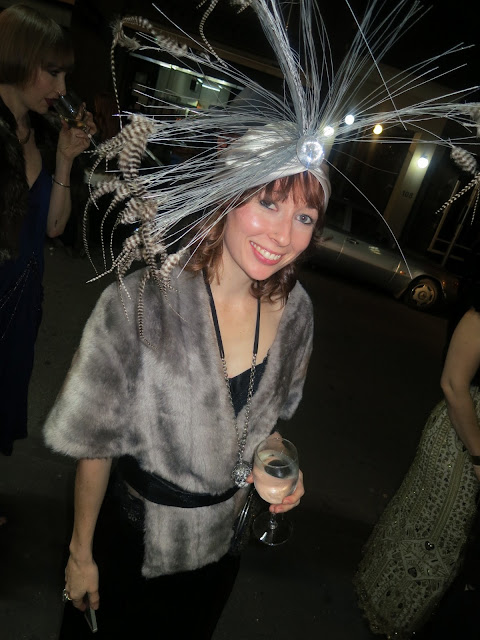 One of Richard Nylon's headpieces! 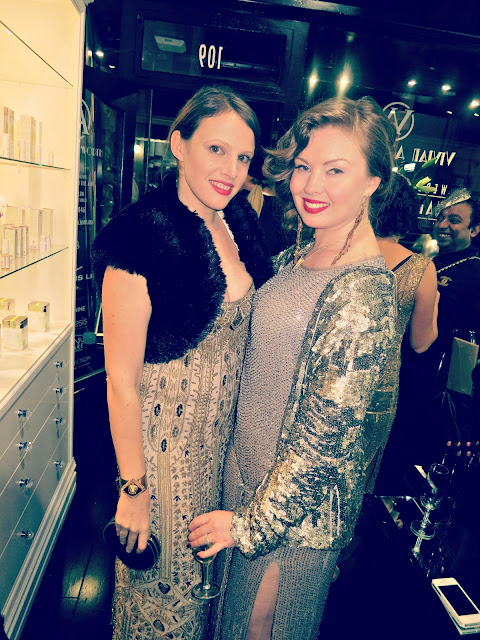 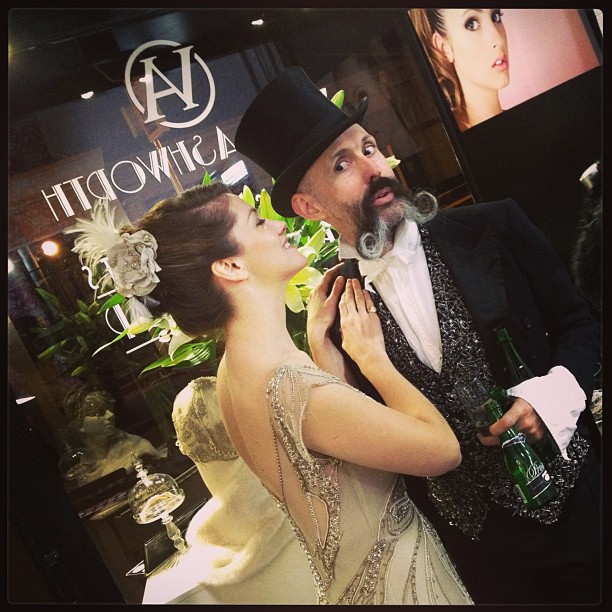 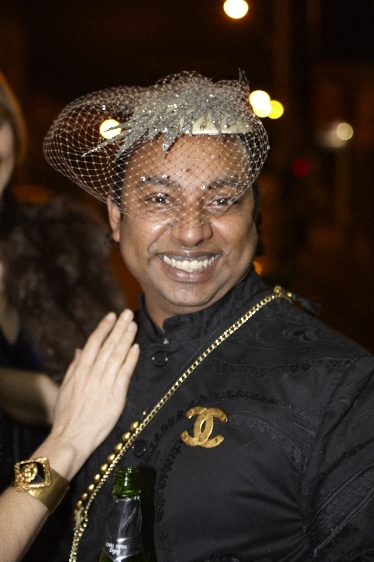 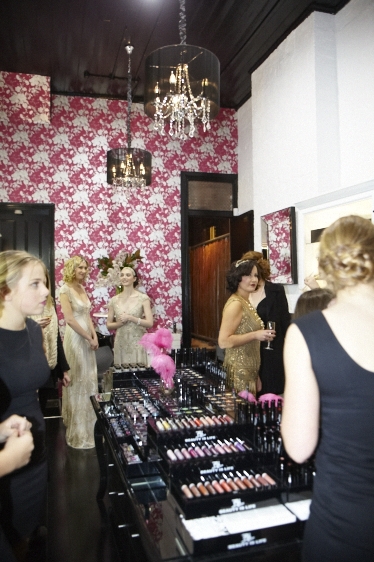 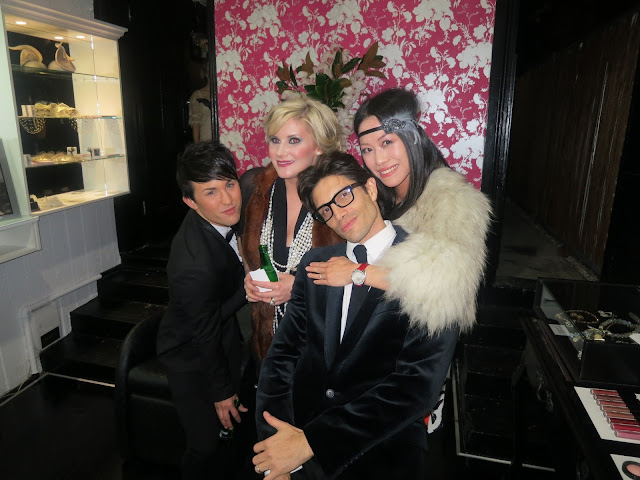 Some pics by Jacqui Henshaw. Others courtesy of guests and designer Gwendolynne Burkin.
Posted by Book club enthusiast at 8:32 PM