The launch of the L'Oreal Fashion Festival had several important elements: food (people, it was 9.30am), short speeches (phew) and an actual celebrity model, aka Samantha Harris, she of the David Jones' campaigns and bewitching smile. The city-scape Melbourne backdrop didn't hurt matters, either.
The festival sneak peak is reminiscent of Fashion Festival's hey-day, when this was the most glittering week of Melbourne's social calendar. I loved the sound of Red Carpet Runway (presented by Harper's Bazaar: disclaimer, I write for them), which won't look like your normal bride meringue fest; rather, collections from Akira Isogawa, Collette Dinnigan, Gwendolynne and Toni Maticevski will be paraded down the runway. Makes one want to get married again, really. 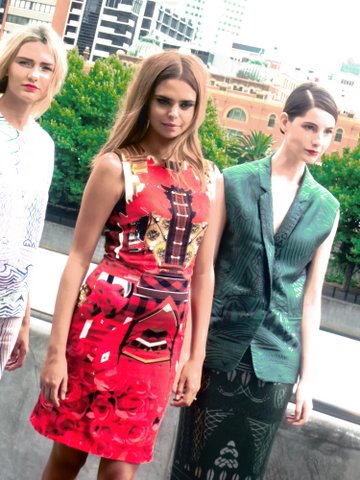 The model on the left is not happy, because she is not Samantha Harris, and she is possibly finding the glare of too many camera flashes a wee bit too much for her sensitive eyes. 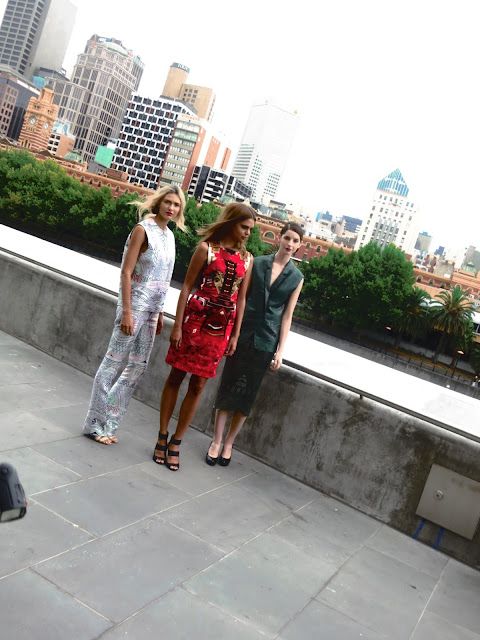 These are Mary Kantranzou dresses, because MK is a special guest of the festival. And technically one is a jumpsuit. Perhaps that's what's bugging the model. 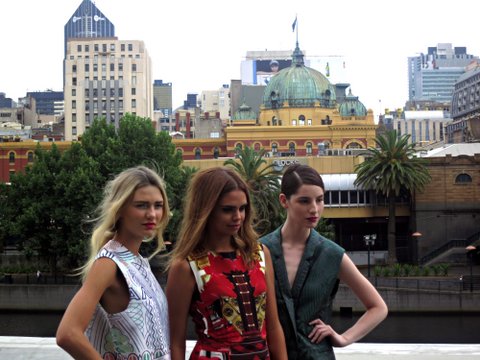 I know she probably doesn't watch America's Next Top Model, but Samantha Harris' smizing would make Tyra Banks so pleased. I'm not sure the one on the left is happy. Tyra Banks has told her to be fierce, and she's imagining she's a comic book anti-hero, burning a laser light into another model's torso with merely her unblinking stare.

Posted by Book club enthusiast at 3:18 AM